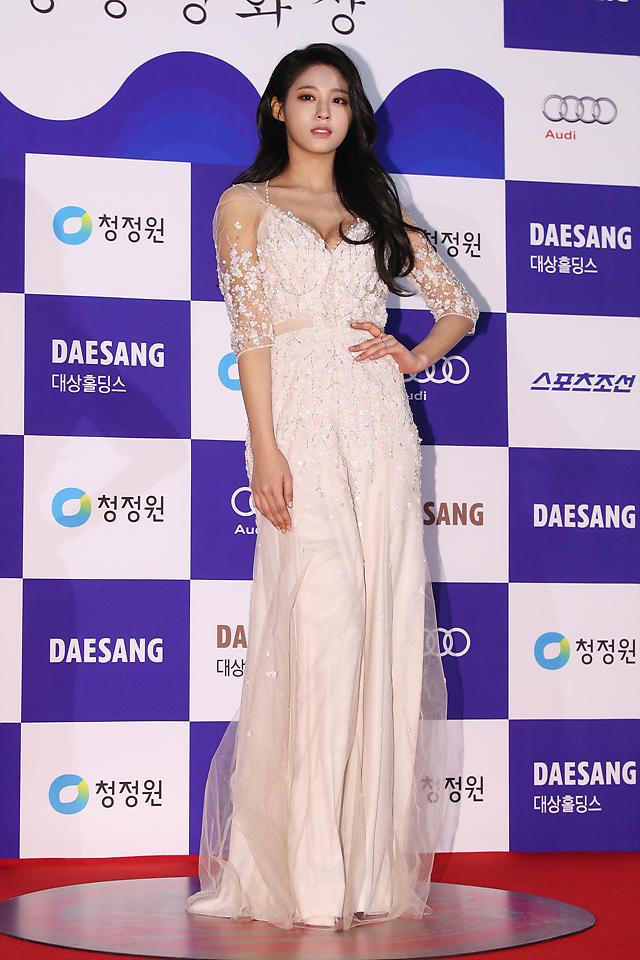 Making her debut on screen with film “Gangnam 1970”, Seolhyun was evaluated well by the public and critics for her good control of emotions and well-played acts. Originally starting her entertainment career as a singer, she also started her career as an actress this year.

Seolhyun, famous for her beautiful looks, gained phenomenal popularity after appearing in a commercial film of a communication company. Some of her life-sized posters applied to the company’s outlets repeatedly got stolen and were sold in the secondhand market for relatively high prices.

The Blue Dragon Award is the most influential film festival in Korea. Meeting its 34th year, the festival featured a lot of entertainments for its visitors and live viewers.