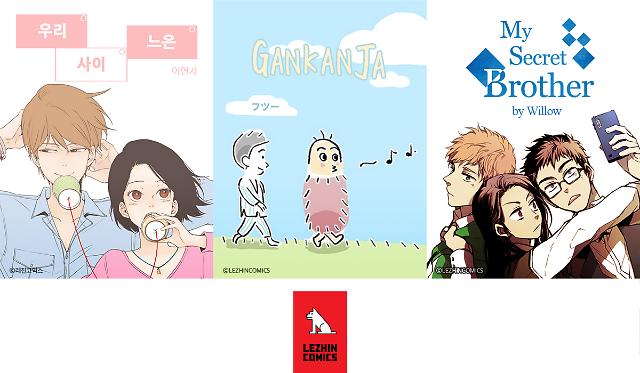 A Korean webtoon (web-cartoon) "My Secret Brother" has topped the webtoon service provider Lezhin Comics' popularity chart. My Secret Brother is a high school romance cartoon which, depicts a story of a high school girl faking her cousin as a boyfriend to get attention from a boy she has a crush on.

A popular platform in Asian countries, webtoon is an unfamiliar service in the US. Especially considering that action-based Japanese comics and cartoons such as "Dragon Ball" and "Naruto" have been the all-time favorite, high school romance's popularity is definitely a rather strange phenomenon.

"Although webtoons are an unfamiliar format in the US's contents market, young generations who are eager for new forms of contents consuming are showing interest," said Lezhin Comics official. "Webtoons are gaining popularity among the people of new generation."

Second on the popularity chart is an R-rated "What does the Fox Say?", the third is another school romance webtoon "Strawberry and Milk Tea", the Fourth is action-based "An Eye for an Eye", and the fifth is also an R-rated webtoon "Drug Candy".

Lezhin Comics aims to advance their global services by providing its viewers with matchmaking service. "We aim to analyze the viewer's preferences and provide the matching webtoon contents," said the company's CEO Han Hee-sung. "Lezhin wishes to establish a firm base as a Korean webtoon provider in the global market."