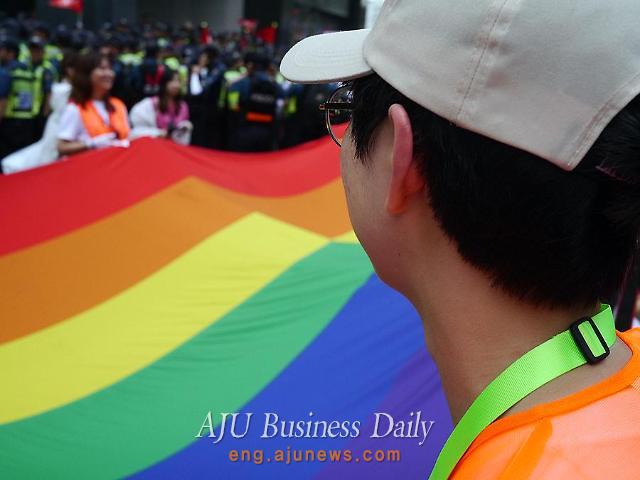 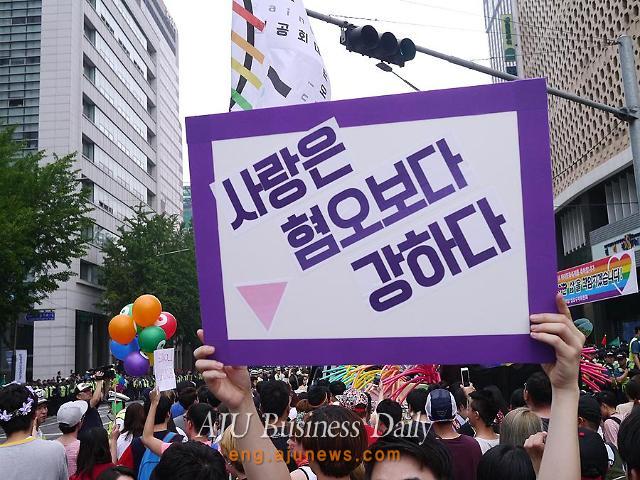 A Queer parade participant holds up a placard reading "Love is stronger than hate!". [Photo by Park Sae-jin] 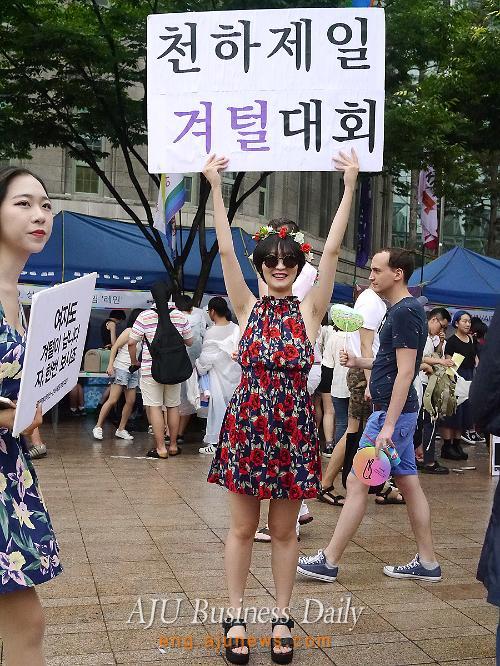 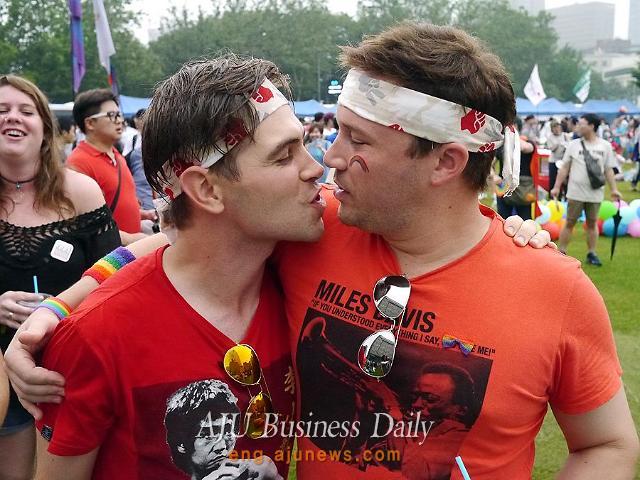 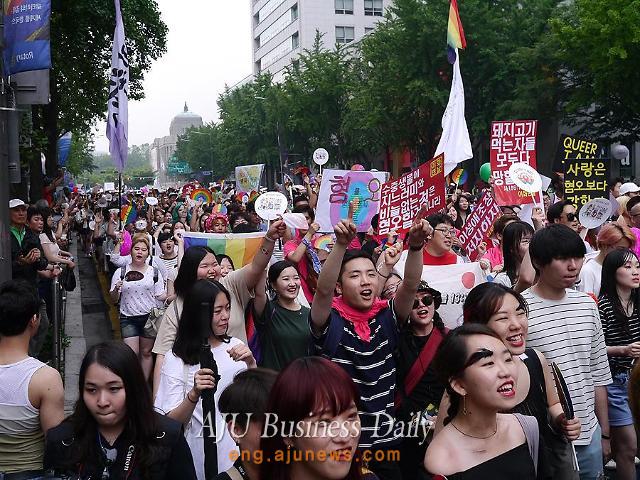 Thousands of people march through the streets of central Seoul in a Queer parade. [Photo by Park Sae-jin] 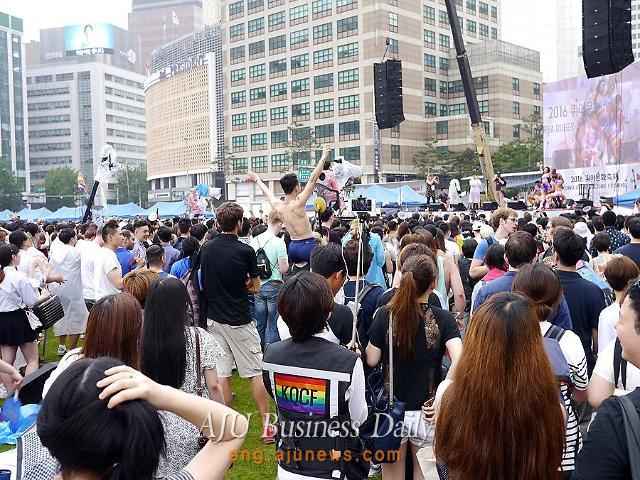 Participants in a Queer festival watch a performance by an LGBT team. [Photo by Park Sae-jin]

The parade involving more than 5,000 lesbian, gay, bisexual and transgender (LGBT) people followed a rally on the plaza outside the Seoul city hall, guarded by riot police who have formed human barriers to prevent possible clashes. 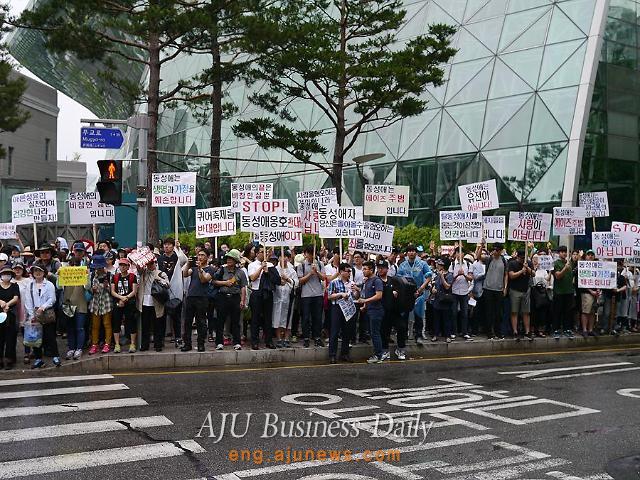 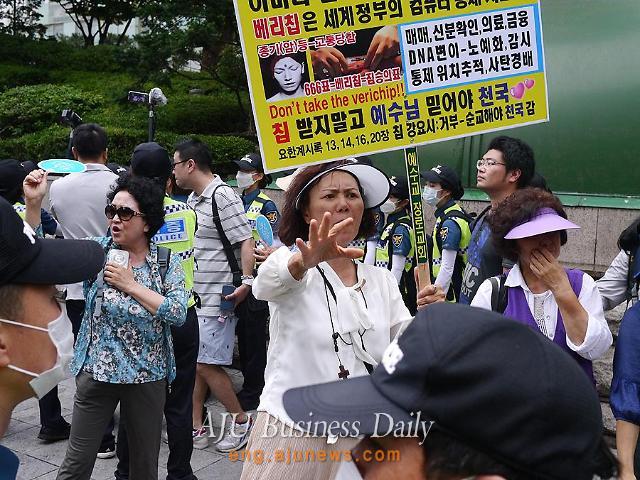 
Outside a police security line around the participants, about 1,000 Christian activists staged protests opposing the annual Korea Queer Festival.

Conservative Christians opposed the Queer parade insisting it has created a sense of aversion with "obscene" activities. "Our aim is to educate people about the dangers of homosexuality," Lee Sang-won, the secretary general of an activist group named Saeng-ga-hyo International Headquarters told Aju News.

"Public activities like this festival could give young people wrong ideas about sex. Also, when people get cured of homosexuality, the number of people infected with AIDS will be reduced greatly," the activist said. 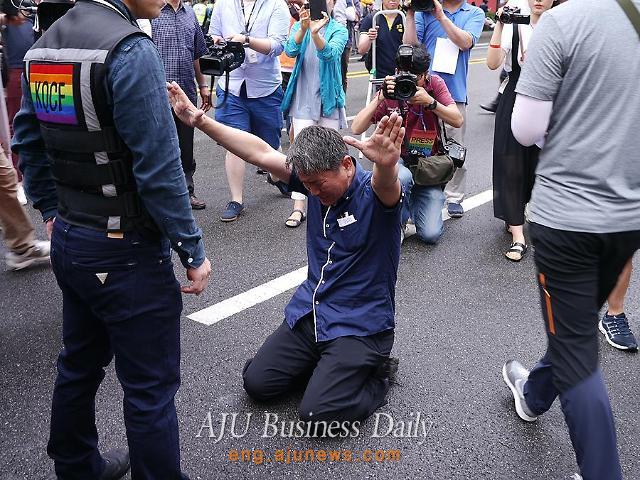 A protester sits on his knees in the street of Seoul in an attempt to block a Queer parade. [Photo by Park Sae-jin] 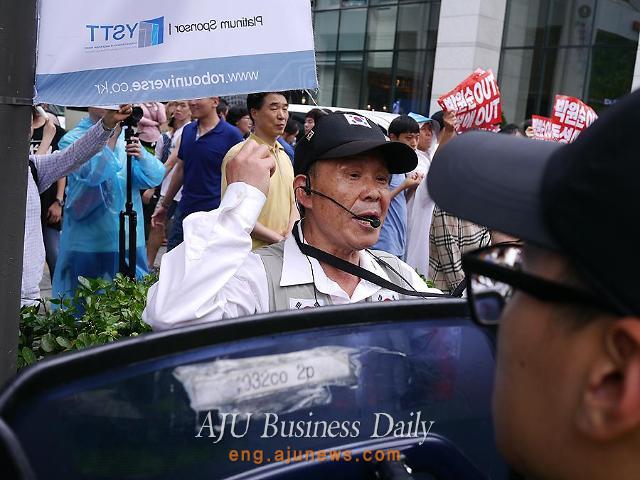 A man condemns participants in a Queer parade in central Seoul. [Photo by Park Sae-jin]


Organizers of the Queer parade that began in 2000 argued such allegations were exaggerated because such a scene had been caused by a handful of uncontrollable participants.

Homosexuality is not illegal in a conservative country where many gay and transgender people keep their sexuality under wraps.

"LGBT people had been considered something like a ghost among Korean people. They are said to exist, but nobody really has seen them," Lee Ye-won, the vice president of Korea University's social communities, who openly came out of the closet last year, told Aju News at the festival.

"But a lot had changed over the last two years with people recognizing problems LGBT people go through. I think that's a big difference and people started to take it as a human problem," Lee added. 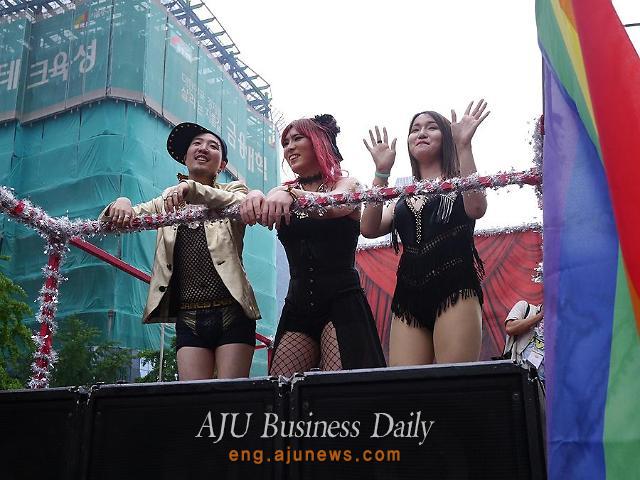 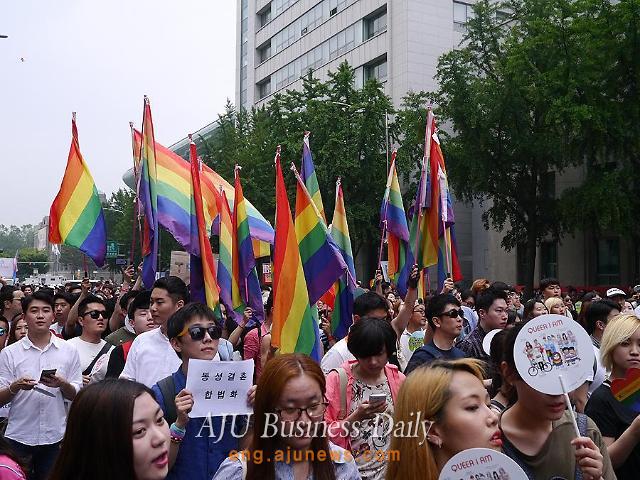 A participant in a Queer parade holds up a placard reading "Legalize same-sex marriage". [Photo by Park Sae-jin] 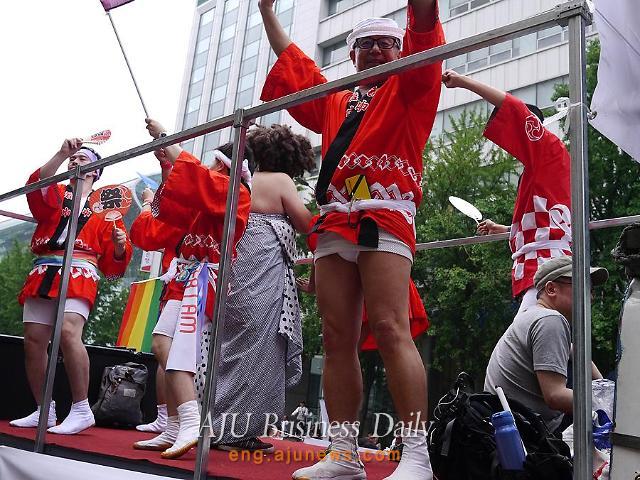 
In recent years, gay groups have stepped up their campaign to win public support, but a court last month turned down a landmark suit by two male filmmakers -- Kim Jho Gwang-Soo and his partner Kim Seung-Hwan -- to break down gay rights barriers by winning a marriage license.

The Kims held a wedding ceremony in September 2013 and submitted their marriage registration form to their local authority. As same-sex marriage is not recognized in South Korea, the couple went to court to demand legal status as a married couple after a district office refused to recognize it.