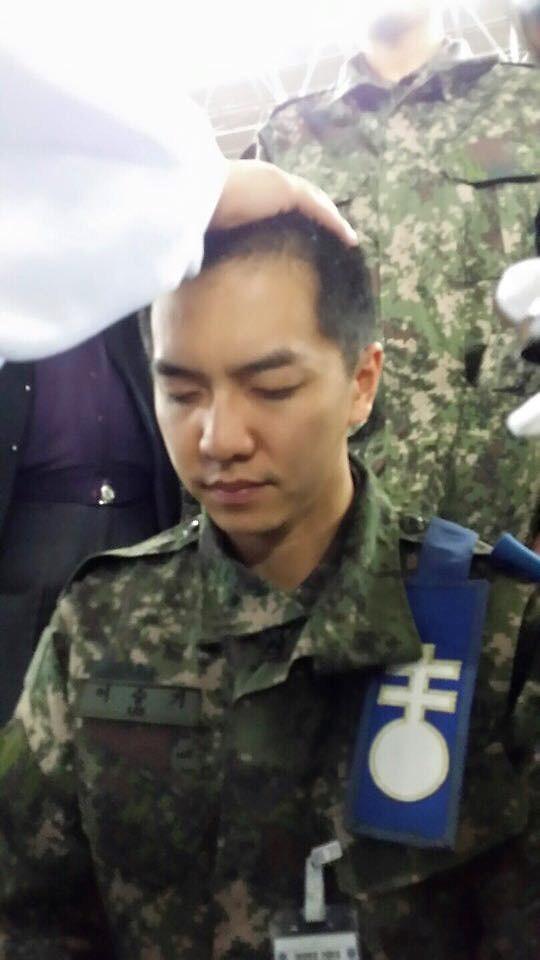 This week, an unconfirmed message that Lee has a child between him and a makeup artist has spread through social messaging apps and online communities, and police have launched a criminal probe at the request of Lee's management agency, Hook Entertainment.

The message was posted with a photograph of the purported mother of Lee's baby, shocking many fans since the singer is now at an army camp for his mandatory two-year military service that began in February.

"Lee had been caught up in many rumors during his career, but he has not responded to any of them because they were not true," an agency official said on Tuesday. "This time, however, the rumor has been spreading too fast."

The agency said the woman might have been wrongfully picked in the rumor as Lee’s actual lover could suffer from defamation. "So we had to act quickly."

Starnews said the baby rumor had originated from an employee of South Korea's major mobile carrier.  He used the company’s group chat and uploaded his post onto online communities. The woman said to be the mother was found to be a female worker at the same company, it said.