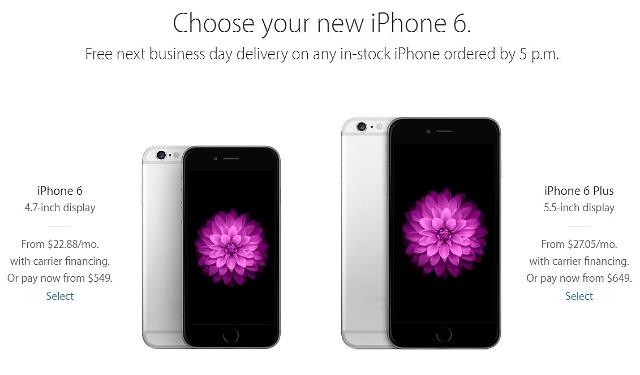 Some iPhone 6 and iPhone 6 Plus users' complaints are being reported from all over the world. The users complain same symptoms: Their iPhones' touch feature malfunctioning and a gray bar at the top of the display.

When the iPhone 6 become the victim of the worldwide cyber pandemic, users can't control their iPhones since its touch ability does not work. Apple Genius Bars and Apple service centers worldwide are trying to fix the problem by changing the display of the devices, but it's only a temporary solution says the users. The touch malfunction will soon come back to bother the iPhone 6 users.

"I can't even receive phone calls because my iPhone 6 refuses to," complained a user named "Zoobang" onto a forum in Clien, an online tech community. "I had my display replaced because of it, but still did not manage to fix the problem. This is really frustrating."

Another user called "EarlyDigital" said: "I visited the Apple service center but they said the malfunction was caused by the bent frame of the iPhone. Of course, they said it was my fault and I had to pay for the repairs. I am disappointed to find out that these symptoms are reported worldwide and Apple's blaming users for it." 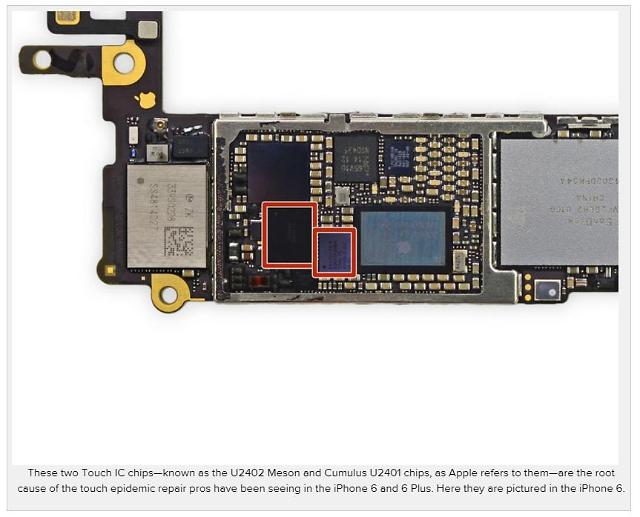 
Due to rising complaints many online tech forums and iPhone repair services sought to find the real problem. Finally, they have pointed out the source. The touchscreen controller chips "U2402 Meson" and "U2401 Cumulus" are somewhat poorly secured onto the main board of the iPhone 6 series, causing problems when they come loose from an external shock.

According to the forums, to fix the problem, the touch controller chips have to be removed and replaced with new ones. But since the process requires soldering, such service is not available in Apple Genius Bars or Apple service centers worldwide.

Although many users claim that Apple should recall iPhone 6 series or provide free repair services for those who are experiencing similar symptoms on their smartphone, Apple is yet to make any comments on this matter. Some experts predict that the tech giant never will, leaving the matter alone so that the users seek out for other iPhones.