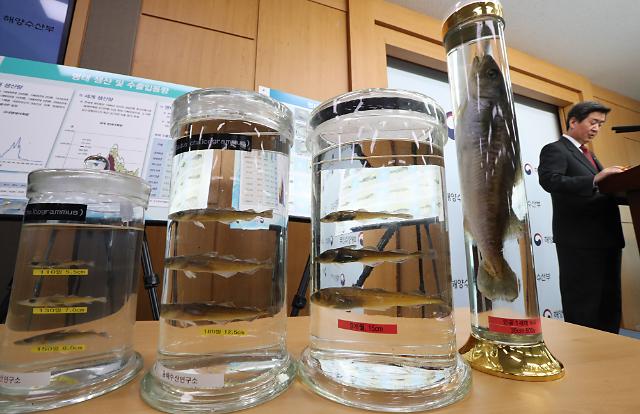 
A state research institute claimed Tuesday to have mastered pollock-raising technologies for the first time in the world, paving the way for South Korea to save millions of dollars spent annually on importing its most popular fish.

For centuries, Alaskan pollock (pollack) has been an essential part of Korea's food culture and wintertime cuisine. In the 1970s, local fishermen used to catch about 70,000 tons of every year by local fishermen, but the species has almost disappeared in the East Sea due to global warming and overfishing.

Despite a shortfall in littoral sea catches, pollack is still consumed most in South Korea, followed by squid, mackerel and cutlass fish, thanks to imports from Japan and Russia.

The National Institute of Fisheries Science said it has made a technological breakthrough in raising pollock at fish farms using fertilized eggs for the first time in the world.

It took only 20 months to produce a mature fish for commercial use, compared to three years in the natural ecosystem, the institute said, adding mass production would be possible in 2018.