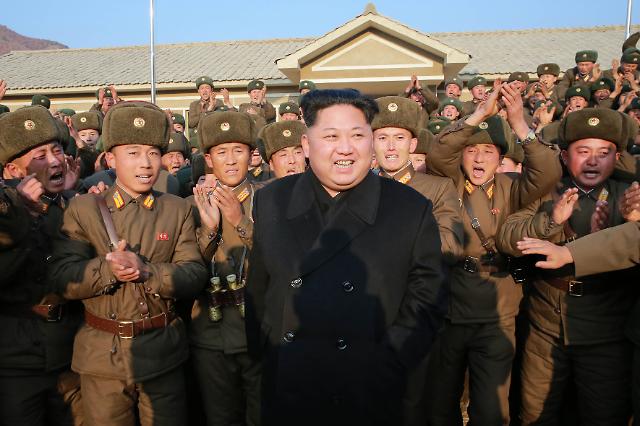 The exercise, supervised by reclusive leader Kim Jong-un, was conducted from Mahap Island, which is 18 kilometers (11 miles) away from South Korea's westernmost frontline island of Baekryeong, according to the North's official Korean Central News Agency.

No date was given, but Pyongyang's state media usually reports Kim's trademark field trips a day later for security reasons.

The inter-Korean maritime border has always been a flash point and was the scene of bloody naval clashes in 1999, 2002 and 2009. In November 2010, North Korea shelled Yeonpyong Island killing four South Koreans and triggering concerns of a full-scale conflict.

Kim has sporadically inspected live-fire drills by North Korea's coastal artillery kept in artificial caves, but this week's trip came amid widespread public concerns in South Korea that Trump's win may amplify uncertainties over Washington's policy toward its allies in Asia.

Experts in Seoul and Washington agreed North Korea would be a top security issue for the next US administration. There has been no official response from Pyongyang to Trump's victory.

Some 28,000 US troops are stationed in South Korea under a mutual defense pact dating back to the 1950-53 Korean war. Seoul pays some 900 million US dollars a year, or half the total cost for the US troop presence.

Trump, who regards alliances as a cumbersome burden sucking up taxpayer's money , has accused Seoul of taking a "free-ride" from Washington on its defense. He even suggested that South Korea should be allowed to develop nuclear weapons for self-defense so as to reduce US security burdens.