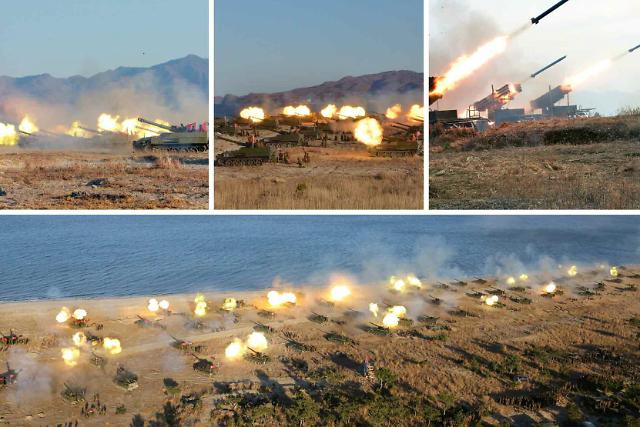 Kim called for "a clean sweep" if a war break out, KCNA said, adding North Korean troops were ready to demolish military facilities and other targets in Seoul and on South Korea's frontline islands in the Yellow Sea.

South Korean troops have been put on heightened alert to fend off North Korean threats as a wave of anti-government protests demanding the ouster of President Park Geun-hye for her role in a corruption scandal fanned political turmoil.

New UN sanctions imposed this week are targeted at Pyongyang's elite and their revenue sources with the aim of changing the regime's behavior, said US State Department deputy spokesman Mark Toner.

The UNSC resolution centers on putting a significant cap on North Korea's exports of coal, its single biggest export item and source of hard currency, and banning exports of four additional minerals such as copper, nickel, silver, and zinc.

"The resolution that was adopted yesterday was very clear in the types of sanctions that it adopted, or that it put in place rather, and that was specifically aimed at targeting North Korea's hard currency revenues," Toner said. "They're targeted really at North Korea's elite and the way that those elite make, frankly, their money."