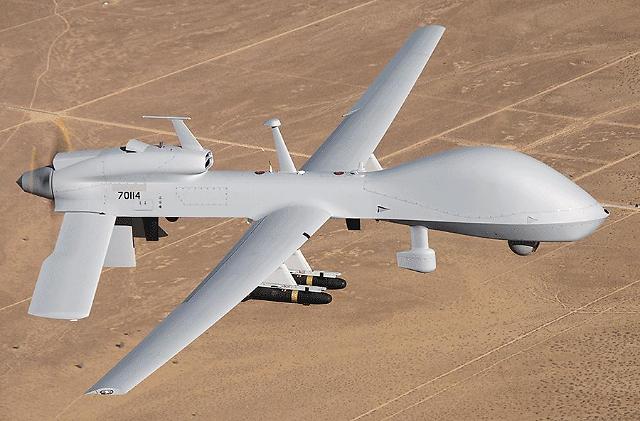 
North Korea has developed a stealth drone made of titanium and carbon composites that can carry explosive devices including a "dirty bomb" based on enriched uranium to spread radioactive materials over South Korea, a private group claimed Tuesday.

The new drone called "Banghyun 5" was produced at an airplane repair plant on a special order from North Korean leader Kim Jong-un, according to North Korea's Intellectuals Solidarity (NKIS).

Pyongyang has developed a variety of unmanned aerial vehicles, the analyst said, adding the North's final goal is to develop a drone that can reach the United States.
North Korea's attack drone was unveiled in 2013, and South Korea is in the process of using concentrated electromagnetic pulse devices to disable North Korean drones.