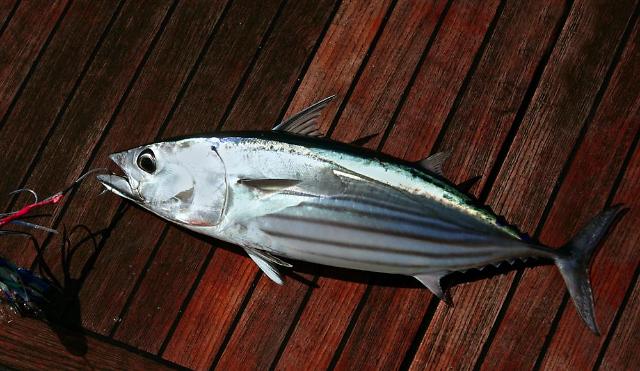 In a New Year policy report, the Ministry of Oceans and Fisheries said it would ease restrictions to open the way for the selective entry of business groups into the fishing farming industry.

Fish farms for salmon and bluefin tuna require a large investment of capital in facilities and advanced technology, the ministry said, adding companies with assets of more than 500 billion won (419 million dollars) are eligible.

The ministry said it would encourage the farming of pollack. Last year, the state-run National Institute of Fisheries Science mastered pollock-raising technologies for the first time in the world.

Alaskan pollock has been an essential part of Korea's food culture and wintertime cuisine, but the species has almost disappeared around the Korean peninsula due to global warming and overfishing.

Thanks to imports from Japan and Russia, pollack is still consumed most in South Korea, followed by squid, mackerel and cutlass fish.