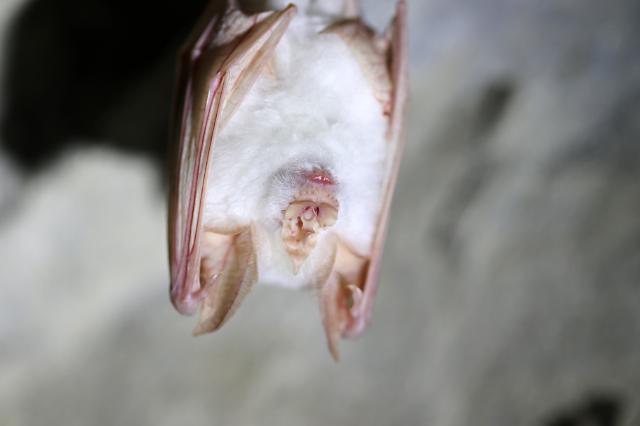 
A rare white bat has been spotted roosting along with family members in their nest at one of South Korea's national parks east of Seoul.

Rangers in the Odaesan National Park in Pyeongchang have captured the shot of the mammal in a cave. Their guess is that it is thought to be an albino or leucistic version of Rhinolophus ferrumequinum.

Albinism is a congenital disorder characterized by little or no production of melanin. This lack of melanin makes the albino animal's eyes appear pink or red. Despite losing its familiar night-time anonymity, the bat has delighted park rangers because Koreans traditionally regard white animals as auspicious.