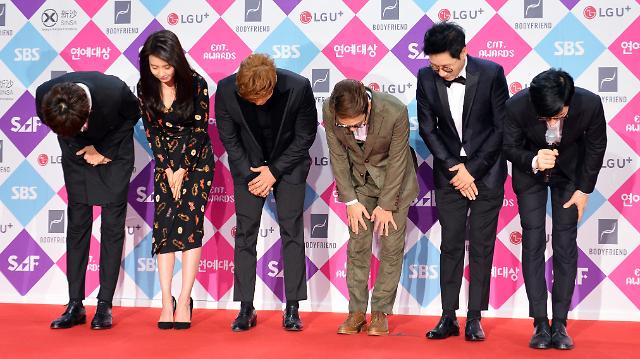 
Running Man, a popular TV variety show loved by many Asian fans, was kept alive after producers rescinded their earlier decision to terminate the program.

The show has been popular in China and other Asian countries, gaining online popularity among Hallyu (Korean culture wave) fans. It has been fansubbed into some languages by international audiences.

A row erupted in early December when producers tried to form a new lineup by discharging Song and Kim. The decision shocked fans at home and abroad, and all six members threatened to quit. Fans have slammed the producers for blindsiding Song and Kim.

On Tuesday, SBS apologized and retracted an earlier decision to discontinue the show, bowing to pressure from fans.