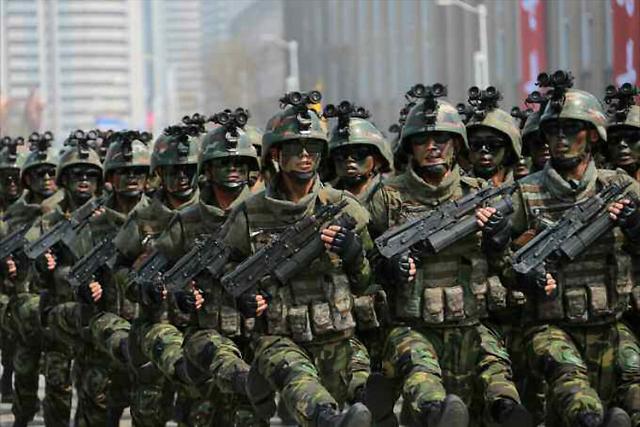 ​
North Korea has formed special operation forces for the first time in an apparent show of military strength, an analysis on North Korea's media reports showed Monday, amid tensions over its nuclear and missile program.

The country unveiled the existence of the Korean People's Army (KPA) special forces for the first time at a military parade Saturday to mark the 105th birthday of late founder Kim Il-sung, according to an analysis on the reports by Yonhap News Agency.

North Korea's state-run TV station mentioned the name of the special operation forces after the navy, the air force and the strategic forces at the parade. Military officers belonging to the special forces marched in formation while wearing black camouflage cream on their faces and black sunglasses, according to footage by the country's state TV station. They were carrying a new type of rifle installed with grenade launchers, while wearing helmets with night-vision goggles, it showed.