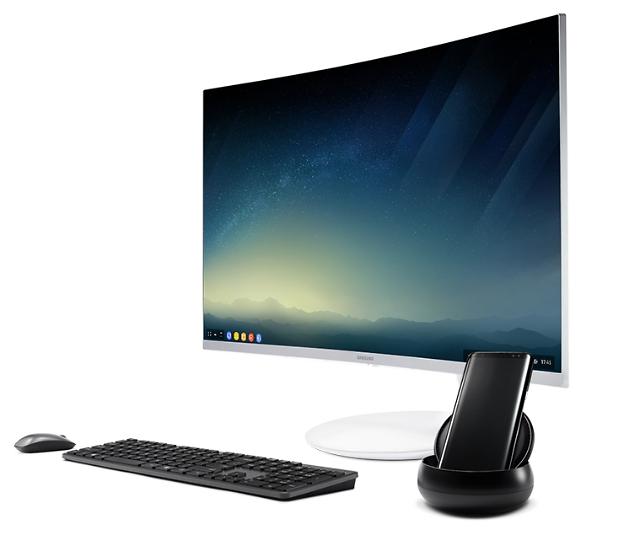 
DeX, an expensive smartphone accessory and connecting device which creates a PC-like desktop environment, has been built by Samsung to demonstrate its technical prowess and handed out as a special gift only to selected fans who pre-ordered its new flagship Galaxy S8.

The accessory priced at 199,000 won (175 US dollars) has strayed into South Korea's online secondhand market since customers began receiving their pre-ordered products in the second week of this month.

Samsung ambitiously introduced DeX saying it would replace PC desktops after all. But The initial response from consumers was cold as the device was listed immediately up for sale at "Junggonara", South Korea's largest online secondhand market.

An unboxed DeX package was priced at about 80,000 won but the price continues to fall as more sellers visit the online market. Now, nearly a thousand S8 pre-order buyers are eager to sell the device.

"I think DeX cannot really replace desktops," a user nicknamed "Yatz" from South Korea's online IT community, Clien.net, said in a post. "I would rather buy a stick PC because it's more compatible." Stick PCs are a plug and play PCs about the size of a USB memory. They run on Windows and are priced at $100-200.

The post represents a general view in the market that smartphones cannot expel desktops so easily. Smartphones support simple office work apps, but many users complain the compatibility of apps or the processing ability of phones is still far behind that of PCs.