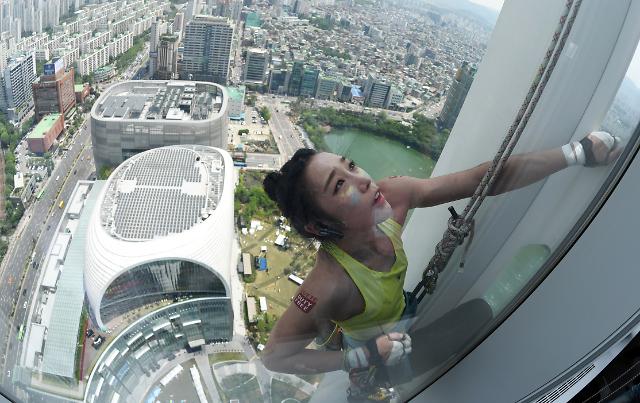 Kim with numerous world cup titles is the world's best female rock climber. In 2013. She said her challenge would bring a message of hope to the people at "difficult times". "I hope my (climbing) will become a symbol of challenge and hope."

French climber Alain Robert held the title as the world's fastest male climber after scaling the 828-m Burj Khalifa in Dubai in 2011.