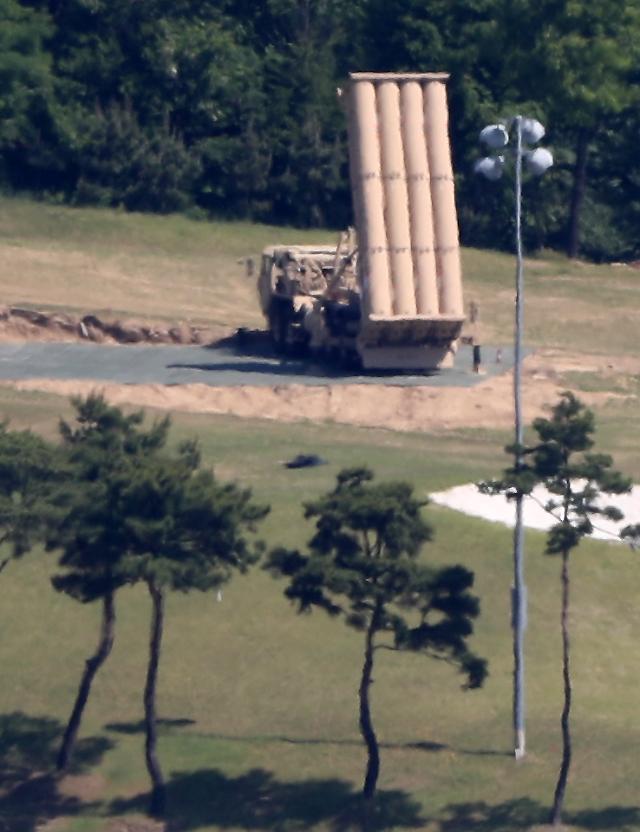 A file picture shows a launcher for a US missile shield deployed in a golf course in Seongju.[Yonhap News Photo]

​
A deputy defense minister has been relieved of his duty for playing a key role in covering up the delivery of more interceptor launchers for a US missile shield in a report to the commander-in-chief, but investigators failed to discover any systematic wrongdoing by top security officials.

Wee Seung-ho in charge of the defense ministry's policy planning will face punitive measures after a further investigation into the arrival of four additional launchers for a Terminal High Altitude Area Defense (THAAD) system, the president's office said Monday.

A THAAD battery consists of six truck-mounted launchers, 48 interceptors, a fire control and communications unit and a powerful X-band radar capable of monitoring both North Korean and Chinese troop movements. US troops deployed two launchers on April 26 while four were kept at a military camp without being made public or reported to President Moon Jae-in even after he took office on May 10.

Moon last week expressed shock and ordered a full probe because he did not receive a related report at a sensitive time when preparations were under way for his summit talks with US President Donald Trump.

Wee was accused of ordering an intentional cover-up to avoid the time-consuming assessment of the missile shield's impact on the environment, but Defense Minister Han Min-koo and other top security officials were not involved, the president's office said.