'Battleship Island' becomes film with most tickets reserved before release 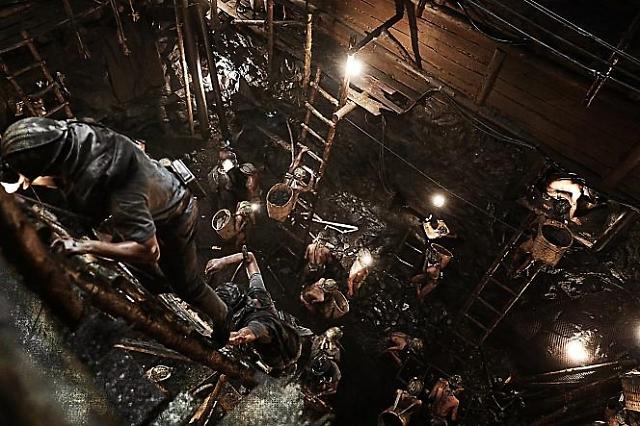 
"Battleship Island", a South Korean film depicting the hellish situation Korean workers had to endure in coal mines on an island during Japan's colonial rule, has collected the largest number of ticket reservation before its opening this week.

Propelled by public awareness and anger, the film to be released on Wednesday garnered over 210,000 ticket reservations at the weekend, according to data compiled by the Korean Film Council. The number of tickets reserved was almost twice the previous record holder, "Secretly, Greatly", a 2013 film starring K-pop star Kim Soo-hyun.

The anticipation of moviegoers has been heightened by the film's plot based on historical facts and the colorful lineup of actors and actresses including Song Joong-ki, who gained international fame in the hit drama "Descendants of the Sun", and Hwang Jung-min who has appeared in many successful movies.

The 6.3-hectare (16-acre) Hashima Island, known as Battleship Island, was approved as a UNESCO World Heritage site in July 2015. While Japan promotes the island as the icon of rapid industrialization, South Koreans describe it as a site of forced labor during from Japan's colonial rule from 1910 until 1945.

UNESCO recommended Japan to present a complete story about the island, but Tokyo has been silent despite constant pressure from Seoul. Amid growing public awareness of what happened, civic groups and scholars have stepped their campaign to unveil forgotten stories about tens of thousands of Koreans forced to work under deadly conditions.