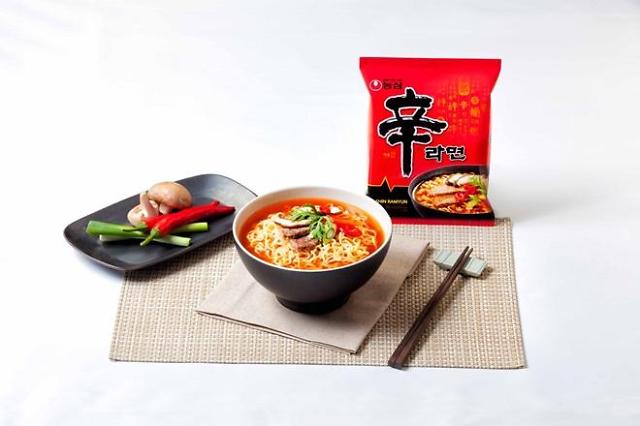 Across the world, exports of South Korean instant noodles, known as ramyeon in Korean and ramen in Japanese, have soared to 219 million US dollars in 2015. In 2016, ramyeon shipments have also seen a dramatic increase, and China was the biggest buyer of ramyeon, accounting for nearly 20 percent of total exports.

A survey conducted by the Beijing office of KOTRA, a state-funded trade and investment promotion organization, found that the shipment of ramyeon to China rose 115.4 percent on-year to 26.98 million US dollars in 2016.

In the first half of this year, exports of ramyeon to China jumped 202.4 percent from a year earlier despite Beijing's trade retaliation that led to slow Chinese consumers. KOTRA said ramyeon accounted for 39.2 percent of the Chinese market for imported instant noodles.

South Korean mixed juice brands were the overwhelming leader with a market share of 53 percent, as Chinese consumers showed a growing interest in organic and natural health drinks.

Helped by the popularity of Korean pop culture "Hallyu", South Korean basic cosmetics were more popular than French products, snatching a share of 28.7 percent in the Chinese import market.

However, KOTRA's Beijing office urged South Korean companies to unveil fresh products through increased investment in research and development. "For example, basic cosmetics now rank first, but demand for color cosmetics in China is increasing. It is important to quickly develop customized products."