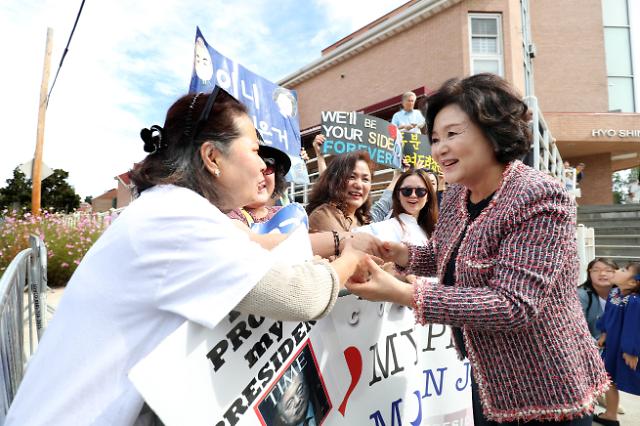 
South Korea's First Lady Kim Jung-sook personally prepared and delivered "Ganjang Gejang", a special menu of crab marinated in soy sauce, and Kimchi to the first generation of Korean immigrants to the United States so that they could feel a scent of their home.

The first lady visited the Korean American Senior Center of Flushing in New York Wednesday when she accompanied her husband, President Moon Jae-in, aboard a presidential plane that carried boxes of the traditional side dishes that give off a very strong smell.

Kim served about 400 people with "Gomtang", a traditional beef bone soup, along with Gejang and Kimchi, a South Korean traditional cabbage pickled in a sauce made of red chili pepper and garlic, that she had prepared sincerely with her own hands. The menus are regarded as soul food by many Koreans living abroad.

"I wondered what would be the best way to deliver warm hearts from our homeland to elderly compatriots, and I thought a hearty meal would be perfect," Kim said. 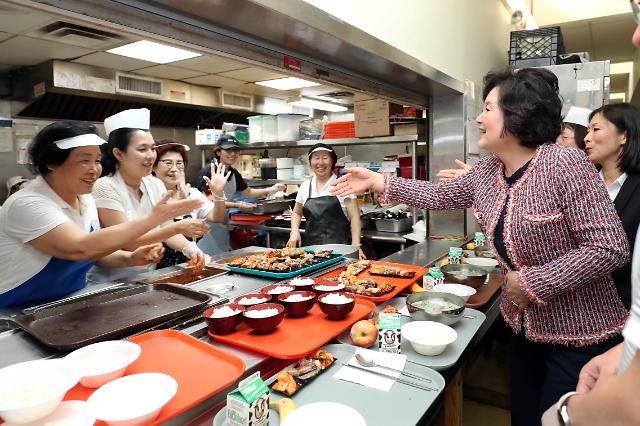 
The unusual gift from Kim stood out in comparison to her predecessors who have hosted showy banquets for immigrants and other guests. It's the first known case in which the First Lady has personally prepared and delivered food to her guests.

Both Ganjang Gejang and Kimchi require troublesome work which takes a long time. Such work has been shunned by many ordinary housewives at home because it normally takes a few days to make Kimchi. 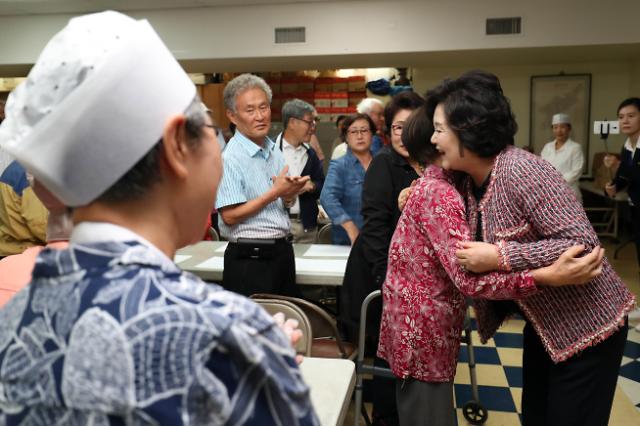 
Old or first-generation immigrants crave for such side dishes because it is very hard to make them abroad, according to the presidential Blue House.

Moon was awarded a Global Citizen Award from the Atlantic Council, a U.S. think tank on Tuesday, and he will deliver a keynote speech at a U.N. General Assembly session on Thursday.