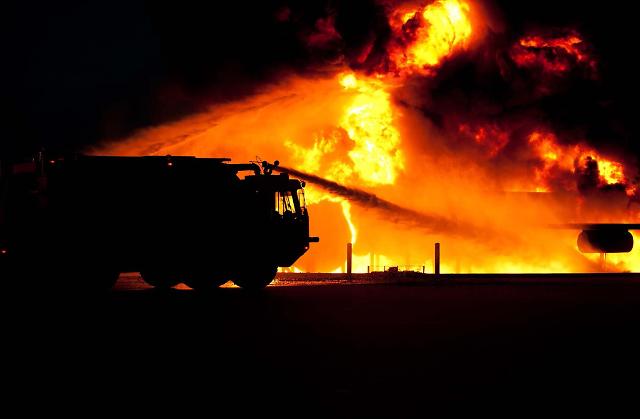 The wildfire that began Sunday night engulfed Napa Valley, devastating business owners and residents. A 100-year-old World War II veteran Charles Rippey was among 17 who died in the fire. [Courtesy of Pixabay]


The wildfire started Sunday night in Napa Valley, California destroyed countless homes, hotels, local businesses, and wineries beyond repair, devastating the residents. The origin of the fire was reported to be Calistoga and it started to spread quickly as the high wind swept the region. The fire spread to Sonoma County as of Monday morning and started to consume Mendocino County and Yuba County as of Tuesday.

The confirmed death is 17 Tuesday evening and there are still hundreds of residents reported missing. Two deaths confirmed in Napa County, 11 in Sonoma County, three in Mendocino County, and one in Yuba County.

Among 17 deceased is 100-year-old World War II veteran Charles Rippey and his 98-year-old wife Sara Rippey. The flames engulfed their home in Napa before they could escape on Sunday.

The couple's son Chuck Rippey found his parents' bodies together. Rippey believes his father who loved his mother Sara dearly was trying to get to her in the midst of intense heat and smoke. Rippey told NBC Bay Area, the San Francisco-based NBC affiliate news company, that he found solace "in the knowledge that his parents were together until the very end."

The fire is still not contained Tuesday and firefighters are continuing to battle one of the worst firestorms recorded in California history. It burned over 52,000 acres in Northern California.

The famous wine country was unrecognizable on Tuesday.