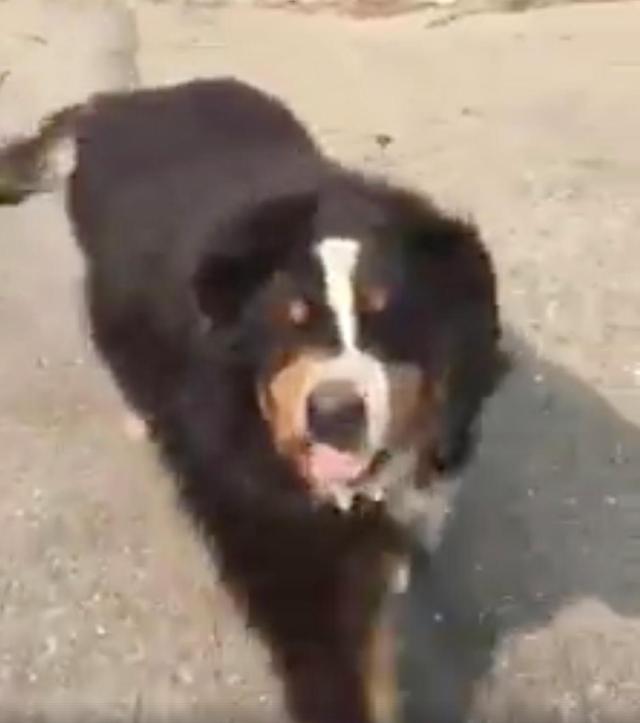 Izzy, a beloved family dog, ran off during the fire evacuation. After their house was burned down to the ground, the family was surprised to find their dog very much alive. She did not even have singed hair or burned paws. [Courtesy of Beckyjean Widen / Facebook]


Santa Rosa family recently shared their story of a miracle after losing their house in the fire that destroyed over 54,000 structures and killed 40 people. Beckyjean Widen shared the story on her Facebook Thursday.

Widen explains how her parents woke up to find themselves surrounded by fire. They only had seconds to evacuate their home. In the midst of chaos, her parents' dog ran away from them and her mom "couldn't chase after her without risking her own life."

Widen's parents lost everything but her mother was "most devastated about leaving Izzy." For her mother, Widen's brother and husband went back to her parents' "property to see if by some miracle Izzy survived."

Initially, they were turned away by the authorities due to possible danger from toxic fumes and live flames. They had to hike "just under 3 miles to my parent's property."

Widen shared a video of their adventure to the parents' property. At the end of the video, Izzy can be seen running toward them to their delight.

They took Izzy to vet immediately and found she was perfectly okay other than mild dehydration and fatigue. Izzy did not have burned paws or singed hair either.

After her video went viral, Widen wrote, "We are happy this story is bringing so much joy to people in this devastating time for our community", and added, "We have no idea where she hid but wherever she went, she had an angel watching over her."

The video Widen shared garnered over 27,400 reactions and was viewed over 1.1 million times.