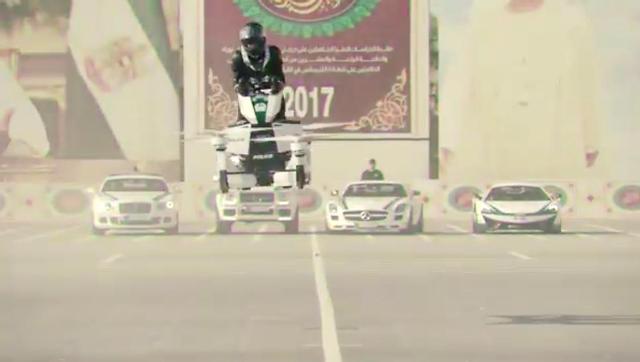 Hoversuf, a Russia-based tech company, signed a deal with Dubai Police and will begin mass production of the hoverbikes in the Dubai area.

It also released a video last Sunday showing its hoverbike model named Scorpion. The flying motorbike has four propellers that lift the bike up in the air. The highest speed it can reach is currently recorded at 40 mph and the traveling time is about 25 minutes. The maximum weight it can carry is 600 pounds.

After Hoversuf debuted its new Scorpion hoverbike at Gitex Technology show 2017, Dubai Police decided to add the company's hoverbike for its forces as part of its smart city plan.