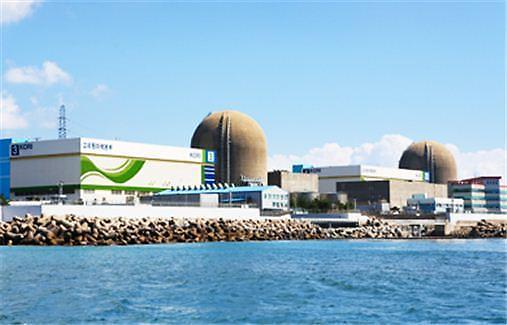 
By an undisputable margin, a civic jury supported the resumed construction of two unfinished reactors in South Korea, dealing a blow to President Moon Jae-in's "nuclear-exit" policy to phase out nuclear power and replace them with safe renewable energy.

Construction of the two reactors, slated for completion in 2022 near the southeastern port city of Busan, would resume soon because Moon has promised to respect any recommendations made by an independent state commission which has hosted a series of public hearings and debate.

"We respect the will of the public debate commission that made its recommendation after three months of deliberation," presidential spokesman Park Soo-hyun said, adding the recommendation was based on "fair" debate.

In a final and fourth survey of 471 selected people who were housed in a camp for grueling debate for three days, 59.5 percent supported the construction of the reactors while 40.5 percent opposed it, the commission said.

As part of a campaign to replace old nuclear and coal-powered thermal power plants with clean and renewable energy sources, Moon suspended the construction of the two reactors, Shingori-5 and Shingori-6, slated for completion in 2022 near the southeastern port city of Busan,

But public opinion has been split over Moon's drive that followed a series of quakes near South Korea's largest nuclear power complex near Busan but fueled widespread concerns about a potential power shortage and the future of South Korea's nuclear industry.

Nuclear plant workers fear massive layoffs and the collapse of a nuclear energy industry which has accumulated world-class technologies for decades.

In a bid to allay growing concerns about a potential power shortage, Moon said his policy would not cause a steep rise in electricity rates because it takes at least six decades for South Korea to be free of nuclear power after each reactor ran out of its designed lifespan.

However, some scholars, experts and businessmen have challenged Moon's policy.

Moon's energy minister has proposed a two-track approach in nuclear power, saying the government would actively support exports of home-made reactors while pushing ahead with the gradual shutdown of nuclear power plants at home.

Companies involved in the nuclear industry insisted Russia and China are cashing in on a policy shift in the United States, Japan and France. Westinghouse Electric, which once symbolized America's supremacy in nuclear power, filed for bankruptcy protection in March. Its parent, Toshiba of Japan, has posted huge losses stemming from Westinghouse's troubled nuclear construction projects.

The ruling Democratic Party said Friday's decision should not derail Moon's energy policy. "The decision reflects public calls to pursue a shift in our energy policy while resuming the construction of the two reactors.