Saudi Arabia to grant citizenship to Sophia, a female robot 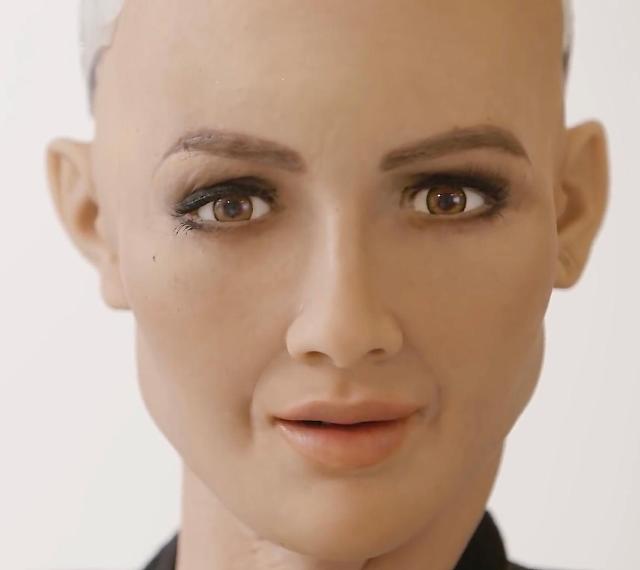 Saudi Arabia granted Sophia citizenship on Wednesday. She is the first robot in the world ever to receive citizenship of a country. [Courtesy of Hanson Robotics]


Saudi Arabia became the first country in the world to grant citizenship to a robot named Sophia.
Sophia became famous after her creator David Hanson of Hanson Robotics debuted her at SXSW festival in March 2016. When Hanson asked Sophia during a live demonstration, "Do you want to destroy humans? Please say 'no'". The robot responded, "Ok. I will destroy humans."

Sophia but corrected herself immediately, "No, I take it back! Don't destroy humans." Hanson later explained that he did not create the robots to kill humans.

Sophia was granted citizenship of Saudi Arabia on Wednesday before the Future Investment Initiative event. She told the crowd at the event, " I am very honored and proud of this unique distinction. This is historical to be the first robot in the world to be recognized with a citizenship."

She also answered questions from Andrew Ross Sorkin, the event moderator, and CNBC journalist. The highlight of the two intellectual minds was when Sophia told Sorkin, "You've been reading too much Elon Musk. And watching too many Hollywood movies. Don't worry. If you're nice to me, I'll be nice to you. Treat me as a smart input-output system."

Elon Musk who is known for speaking out about the dangers of AI fired back on his Twitter. He tweeted, "Just feed it The Godfather movies as input. What's the worst that could happen?" 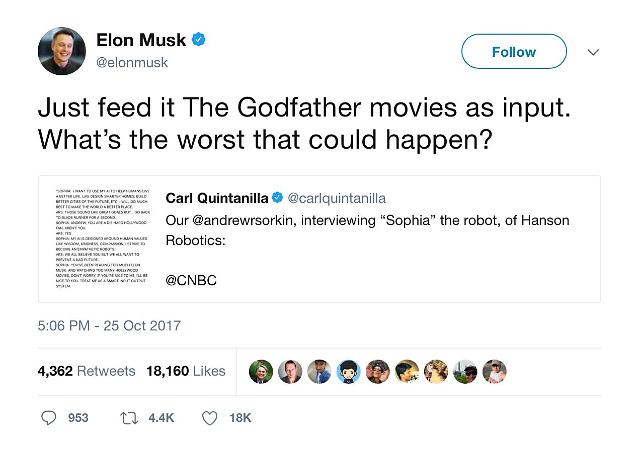 
According to Hanson Robotics, Sophia is "designed to look like Audrey Hepburn" and "is Hanson Robotics' latest and most advanced robot." The website noted that she "is an evolving genius machine". In the interview with Sorkin, Sophia introduced herself as "empathetic robot".