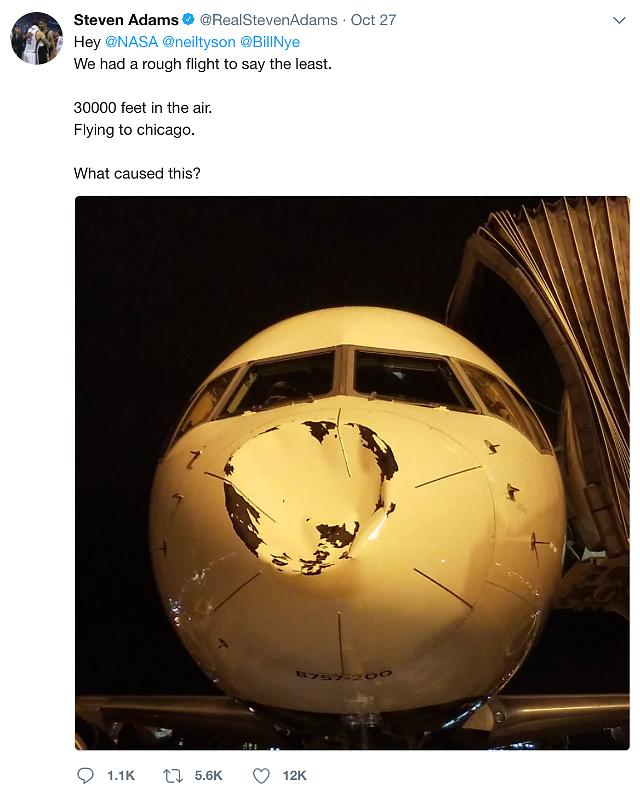 
It was a close call when a Delta charter aircraft carrying Oklahoma City Thunder was flying to Chicago from Minneapolis Saturday morning. In the mid-flight, the plane had a collision with a flying object or a bird and made a huge dent in the nose of the plane.

The athletes were shocked to see the nose of the plane as they were getting off the plane. One of the Thunder's members, Steven Adams, tweeted the photo of the dent addressing NASA, Bill Nye, and astrophysicist Neil deGrasse Tyson, "We had a rough flight to say the least. 30000 feet in the air. Flying to chicago. What caused this?"

Fortunately, no one was hurt. Delta Airlines released a statement explaining what might possibly have taken place, "Delta Flight 8935, operating from Minneapolis to Chicago-Midway as a charter flight for the Oklahoma City Thunder, likely encountered a bird while on descent into Chicago" and added, "The aircraft, a Boeing 757-200, landed safely without incident; customers have since deplaned and maintenance is evaluating. Safety is Delta's top priority."

Another member of Thunder posted a close-up photo of the dented nose of the plane and captioned, "I guess we hit something? 30,000 feet up..."

The team was already having a tough night after it lost to the Minnesota Timberwolves by 3 points.