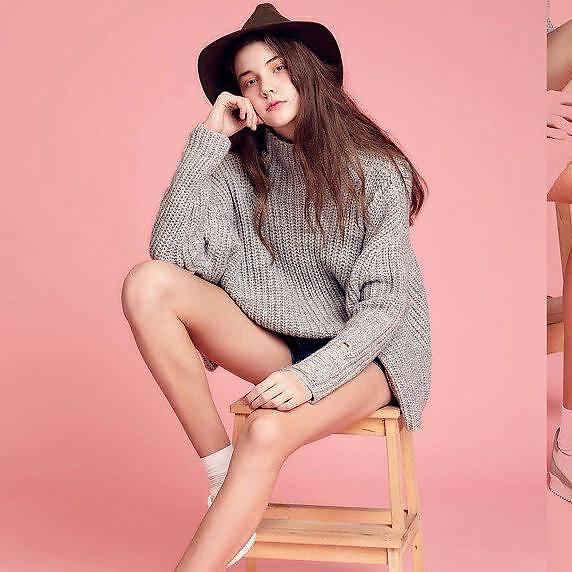 Vlada Dzyuba, a 14-year-old model from Russia, collapsed and fell into a coma after working 12 hours. Her organs started to deteriorate and after two days in a hospital, she passed away. Her Chinese modeling agency denies the claim that the teenage model was overworked. [Courtesy of Vlada Dzyuba / Facebook]


A 14-year-old Russian model, Vlada Dzyuba, died on Friday in China during Shanghai Fashion Week. It caused the media outcry after a major news companies reported that she worked for 13 hours at a fashion show.

Vlada Dzyuba was one of the top teenage models and was popular in China. She loved fashion and loved being on a runway. The 14-year-old thought she was one step closer to her dream of becoming a supermodel when she signed a contract with ESEE Model Management in Shanghai, China. She was beyond ecstatic to be on Shanghai Fashion Week runway.

After working 12 hours straight, Dzyuba collapsed and fell into a coma last Wednesday. She was transported to a nearby hospital but her condition began to deteriorate and her organs started to fail. After two days in the hospital, she passed away.

It was later reported by Chinese news media that the cause of the 14-year-old's death was septicemia, blood poisoning that leads to death if not treated with anti-biotic in time. However, the tests are still being conducted to find the exact cause of death.

Dzyuba's death brought the public's attention to the grueling working condition of underage models face often especially in China. If the 14-year-old remained in Russia, she would only be permitted to work three hours per week.

However, her three-month-contract with ESEE Model Management did not specify the working hours of Dzyuba and it failed to include the medical insurance. Her Chinese agency counterclaimed that she was not overworked and was allowed to take "breaks while working". Zheng Yi, CEO of the agency, claimed that Dzyuba's "workload was moderate compared with other models." It was later reported that after deducting living fares, Dzyuba only received about $8. 37 an hour.

After Dzyuba collapsed and hospitalized, the agency notified the Russian Embassy. Currently, a human rights ombudsman from the Kremlin was assigned to investigate Vlada Dzyuba's cause of death and human rights experts were assigned to be involved in the process.

Dzyuba's mother is an editor at a fashion magazine in Russia and she was the major influencer in the teenager's decision to be a fashion model. She tried to get a visa to accompany her daughter during her three-month stay, but the application was not approved. The family filed an appeal with the Russian government for in-depth investigation.

Dzyuba's family is trying to fly her body back home, however, they expressed that they "cannot afford" to do so. The cremation will be delayed until her parent arrives in China to oversee it.