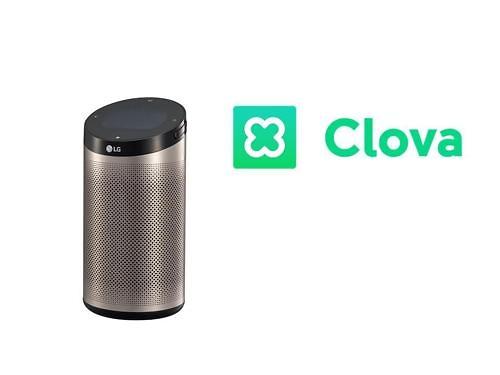 Instead of its own technology, LG Electronics has released a new AI assistant speaker, ThinQ Hub, mounted with software developed by South Korean web service giant Naver under their alliance.

ThinQ Hub, released on Sunday, features Naver's, Clova, which provides services such as news, web search, online music streaming and an ability to chat in English. Another key feature is its ability to control home appliances connected to a home network.

The new speaker is the result of an alliance between LG and Naver to take the first-mover advantage in the fast-growing AI industry. While Samsung and other firms install their own software and AI, LG's home appliances support AI software developed by Amazon, Naver and Google.