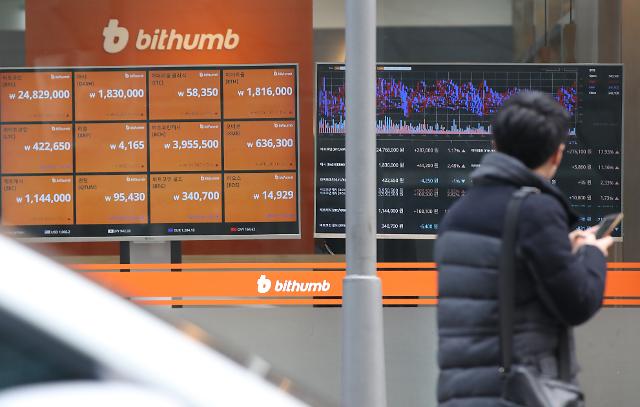 The six lenders under inspection include Woori, Kookmin, Shinhan, NongHyup, the Industrial Bank of Korea and the Korea Development Bank.

Choi said that financial authorities would step up an inspection of exchanges in an effort to curb a frenzy of speculative investment. "We will look into whether the exchanges have real virtual money. We will investigate their illegal activities and take strong action even before the related law is revised," he said.

Strong steps are needed to prevent the "serious" side effects of irrational and excessive speculative investments, Cho said. "I think many agree with the necessity of regulation to prevent side effects."

"South Korea should no longer be allowed to become a market leader in such abnormal trading," he said, referring to the so-called Kimchi premium in the domestic digital money market.