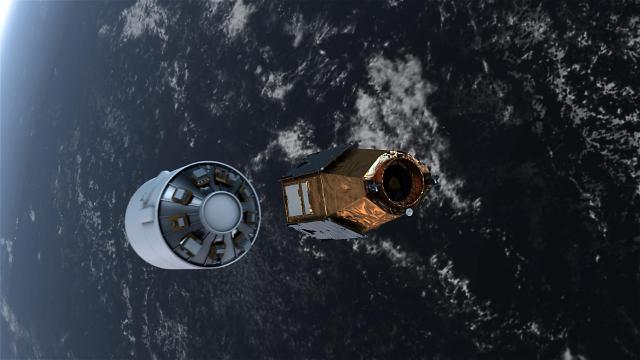 
SEOUL, Feb. 05 (Aju News) -- South Korea unveiled a revised space program Monday to launch an indigenous three-stage rocket in 2020 and send an unmanned probe to the Moon by 2030 despite slow progress in the development of space technologies and lack of experience.

Initially, South Korea had planned to complete the development of a two-stage test rocket by 2017, but the test launch has been delayed due to technical glitches. There has been slow progress in the country's space program as other countries are reluctant to transfer core technologies.

South Korea's space technology is far behind leading countries, Lee Young-ho, a deputy director at the ministry's policy-making department, told Aju News. "Because no country wants to share core technologies related to space traveling, we have to gain experience and teach ourselves."

Lee said lunar drones would be used in collecting lunar samples and data. "We will collect data to develop as many core technologies as we can," he said, adding that although information from the Moon will be processed for later expeditions, the lunar landing probe will stay there for the remainder of its operable life.

Once enough data is accumulated, the science ministry plans to send a landing probe to asteroids by 2035. "It can be sent to anywhere, maybe to an asteroid belt near Mars, an asteroid passing between the Moon and the Earth or anywhere in the solar system," Lee said.

South Korea launched its very first satellite into an orbit in 1992. Under its Korea Space Launch Vehicle (KSLV) program, three Naro-1 space rockets were launched but two fired in 2009 and 2010 malfunctioned and failed to reach orbit. The third one using Russian technology put the Science and Technology Satellite 2C (STSAT-2C) into orbit.