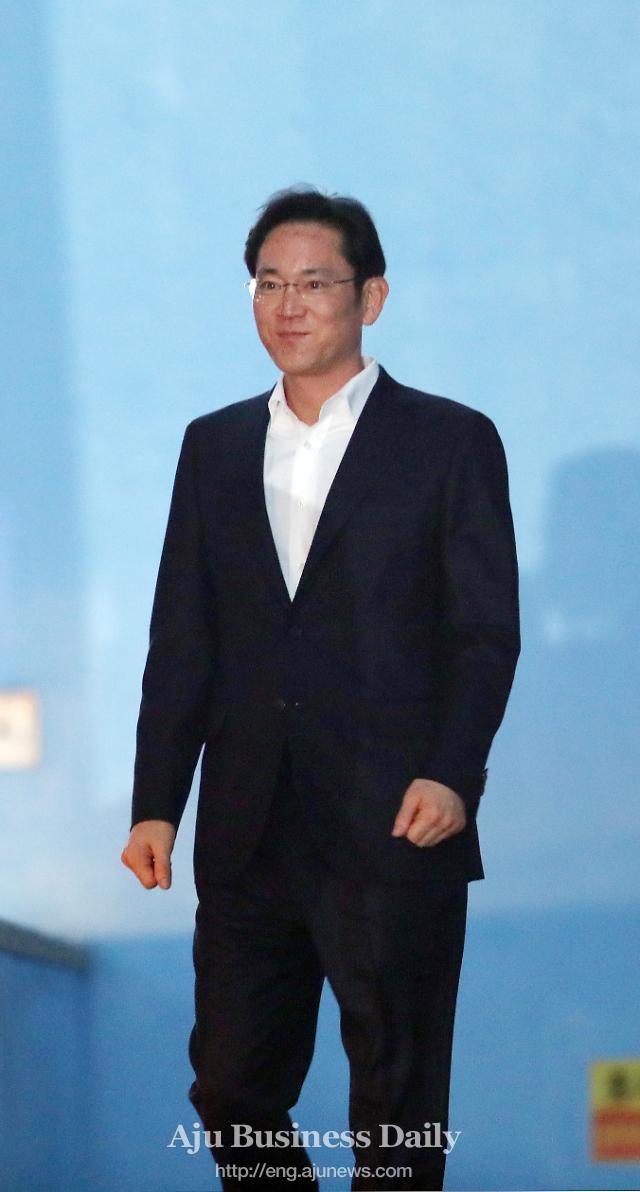 The Seoul High Court sentenced Samsung Electronics Vice Chairman Jay Y. Lee, 50, to two years and six months with a stay of execution for four years. He was arrested on February 17 last year after ex-president Park Geun-hye was ousted.

The son of Samsung's bed-ridden group head Lee Kun-hee was given a five-year prison sentence in August for embezzling company funds to bribe the ex-president's crony, Choi Soon-sil, who has been at the center of the scandal and indicted for coercing business leaders to donate money to her business entities.

The lower court ruled that Lee was found guilty of providing bribes to bankroll the equestrian training of Choi's daughter in Germany at Park's request for outright favors. Lee was also convicted of perjury and hiding assets overseas.

The appeals court reversed the lower court's decision that some bribes were used to ensure the smooth transfer of group leadership. Lawyers have argued there was no need for Lee to use bribes for the transfer of power from his father because the son's leadership was already strong before a corruption scandal surfaced in October last year.

Lee was also cleared of charges that he had hidden assets overseas.

Monday's verdict eased jitters in South Korea's business community about Samsung's global competitiveness. Lee has exercised a broad influence on strategic issues, controlling group management from behind since his father was hospitalized in May 2014 after being hit by a stroke.

The corruption scandal fanned public sentiment against corporate donations, which have long been a controversial issue in South Korea due to concern about collusive ties between businessmen and politicians.

Park is on trial on multiple charges including bribery, abuse of authority, coercion and leaking government secrets. She was accused of abusing her status and power to solicit bribes from top conglomerates, although she claimed businessmen have voluntarily donated money.

Top officials of the family-run conglomerates or "chaebol" have made regular court appearances on various charges. Some have received heavy jail terms, only for them to be pardoned or released on early parole.