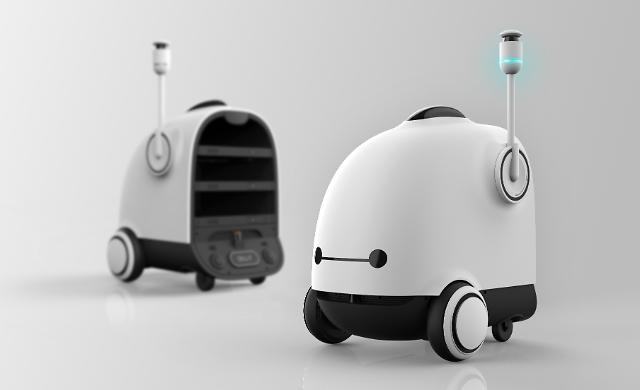 Woowa Brothers said a prototype capable of moving at a speed of four kilometers (2.5 miles) per hour with food kept in its three-stage storage deck has been developed by a research team at Seoul's Korea University.

Like an autonomous vehicle, the 83-centimeter-high robot called "Dilly" has a self-driving navigation system using sensors. Dilly will be trained first indoors, followed by a test run at a college campus or an apartment complex.

South Korea's food delivery service market is backed by some 200,000 workers who use the transportation of motorcycles. Smartphone apps are used widely so that customers can order lunchboxes, salads and side dishes from local restaurants as well as food from special non-delivery restaurants.

Drones have gained attention in South Korea because of their versatility. In 2016, Yogiyo, a food delivery company, made a successful test flight of an auto-piloting food delivery drone in an urban apartment complex. However, the commercialization of drone food services has a long way to go due to technical and other problems.