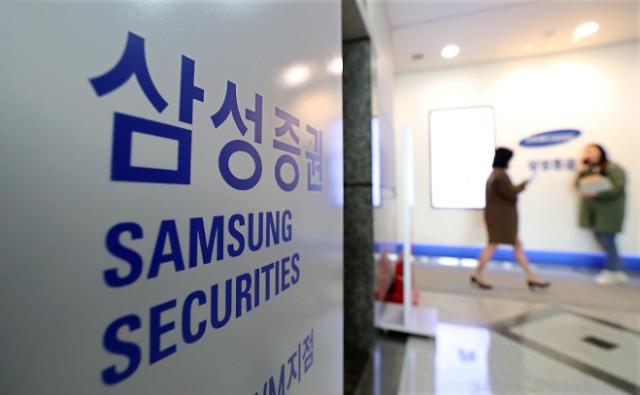 Financial Supervisory Service (FSS) head Kim Ki-sik told a radio talk show that fat-finger trading that saw non-existent "ghost" stocks paid to Samsung Securities employees as dividends was not a simple human error but "a problem in the system".

Under a stock ownership plan, Samsung Securities had planned to pay cash dividends of 1,000 won (0.94 US dollars) to 2,018 employees last week, but shares were paid due to a keyboard entry mistake. At least 16 employees sold shares deposited mistakenly for 37 minutes.

"Employees who sold stocks would have been able to fully realize that they were misplaced. The sale of stocks could cause legal problems beyond moral hazard," Kim said, demanding Samsung Securities take quick steps to address its problem and pay compensation to investors.

The mistake sparked concerns about the credibility of securities firms and naked short selling. Investors are not allowed to unload shares which they do not own.

At a conference Tuesday with the heads of securities firms, Kim said the "unprecedented" incident was not related to short selling but revealed a "serious" problem in the internal trading system, urging securities firms to check their system to prevent similar mistakes.

"Along with an improved system at supervisory authorities and strict internal control of (securities) firms, the rigorous professional ethics of employees at financial investment companies should be the basis of restoring trust," he said.