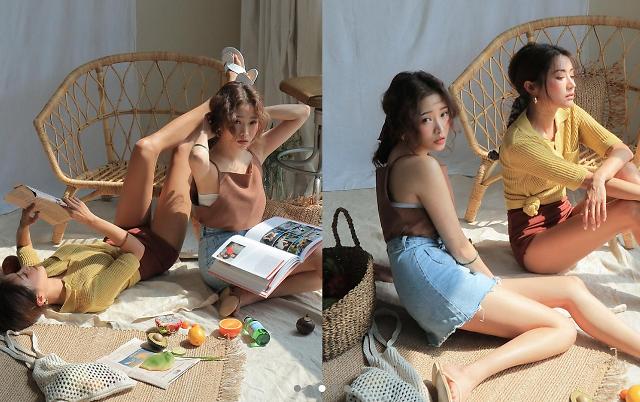 SEOUL -- Kim So-hee, the 34-year-old female founder of South Korea's emerging fashion and cosmetics brand, Stylenanda, was thrust into the spotlight after her company was acquired by L'Oreal, the world's largest cosmetics company.

With the acquisition of Nanda, known for its fashion business, Stylenanda and 3CE cosmetics brand, L'Oreal said it would reinforce its presence in the "accessible" make-up market, as global cosmetics companies seek to expand their presence in Asia's fast-growing market, especially in China.

L'Oreal wholly purchased Nanda without disclosing the price. Kim hailed the deal as a great opportunity to nurture Stylenanda as a global brand by using L'Oreal's marketing network and platform.

"We strongly believe that this transaction will be a landmark breakthrough for Nanda. Grounded on L'Oreal's solid support and global platform, we envisage to expand Stylenanda's footprints internationally, becoming a world-renowned brand to lead global trends in beauty," she said in a statement released by the French company.

With the acquisition of Nanda, L'Oréal vowed to expand sales of 3CE cosmetics products internationally, recognizing the brand power of South Korean beauty products in China. The French group said Stylenanda is "perfectly positioned to nourish the growing appetite for make-up of millennials" in South Korea, China and beyond.

Kim began an online fashion start-up in 2005, when she was 22, selling clothes bought from Seoul's fashion wholesale market in Dongdaemun frequented by young South Korean women and foreign tourists.

She established her fashion brand, Stylenanda, in 2004 and has since become a company spearheaded by its make-up brand 3CE which now represents more than 70 percent of her total revenue.  In 2014, sales grew to about 100 billion won (927 million US dollars), making it one of the most popular brands among Chinese tourists. Last year, Nanda posted 167.5 billion won in sales.