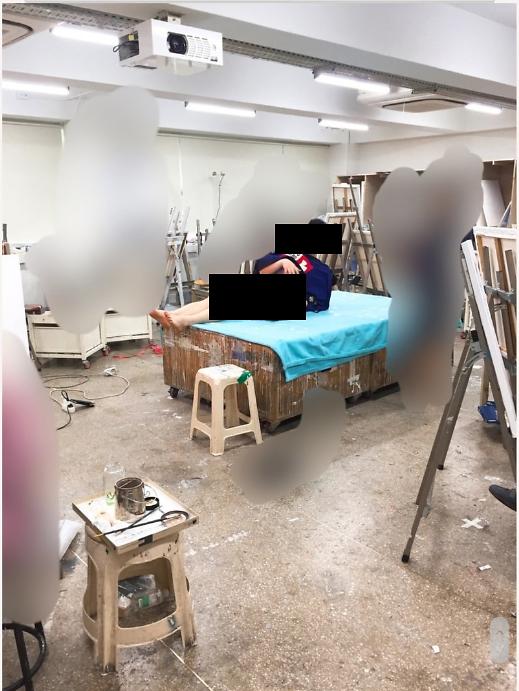 
SEOUL -- A female model has been questioned on suspicion of taking pictures of a male colleague secretly during a college nude sketch class and leaking them through Womad, an online community of radical feminists, police said.

Police said they have quizzed a 25-year-old woman identified by her family name, Ahn, who was among four nude models working for Hongik University's fine arts college in Seoul. A set of photographs showing the model's face and genitalia were uploaded onto Womad's community site on May 1.

The original post was deleted a day later, but screenshots and comments were shared through other online communities and online messengers, fanning public anger and calls for legal punishment. Police launched an investigation at the request of faculty members.

The male model who became the target of sexual mockery has also sued two Womad members.  Colleagues said he could not sleep and eat because of an emotional shock and fears that his family or friends may see his nude pictures.
Ahn, who claimed to be a former Womad member, is suspected of taking pictures with her smartphone after wrangling with the male model over the use of a resting place. If convicted, she could be jailed for up to five years.
"It's not only the suspect's mobile phone but also various things related to the case. If necessary, we will call the suspect again and investigate," an investigator in the Mapo police station told Aju News. Police have yet to retrieve Ahn's phone.

Womad, an active community known for female chauvinism and misandry, faced widespread criticism as many people think the group's action went far beyond the boundary of an online satire. It paints itself as a community advocating misandry and feminism, and members have revealed personal information on homosexual individuals or leaked the photographs of naked men.