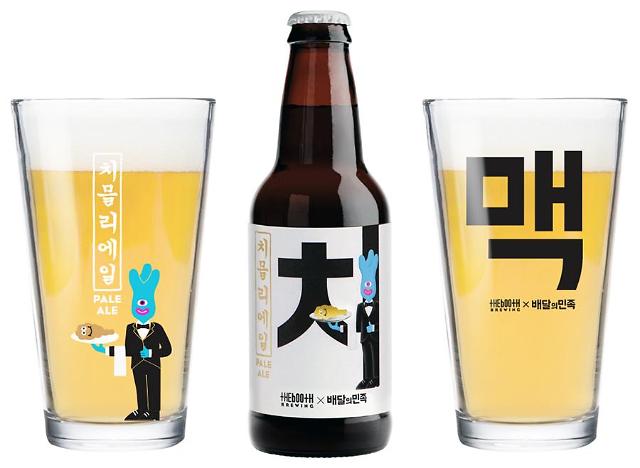 SEOUL -- The combination of beer and fried chicken, called "Chimac" in Korean, is very popular in South Korea, with many using beer to wash down daily fatigue and filling their empty hearts with chicken pieces.

To match the fastidious taste of fried chicken lovers, the Booth, a Seoul-based brewing company, unveiled "Chimmeliale", a crafted pale ale, in a joint project with Baedal Minjok, a mobile food delivery service platform which has hand-picked 118 fried chicken sommeliers this year through a series of challenging tests.

"The Chimmeliale was made from a crafted beer recipe which satisfied Fried chicken sommeliers in a blind tasting event," a Booth official told Aju News on Tuesday. The Booth started off as a small hand-crafted beer pub in 2013, focusing on creating innovative local beer. It now operates micro-breweries in Seongnam, a satellite city of Seoul, and in Eureka, California.