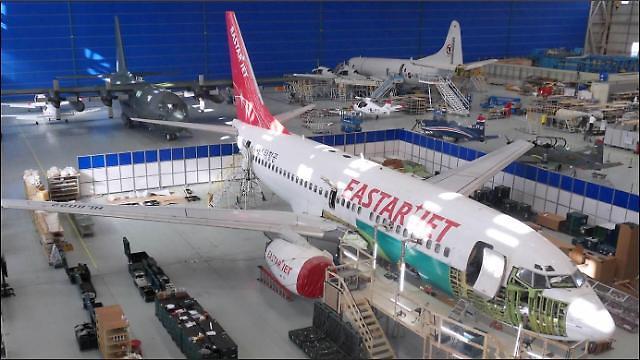 Korea Aerospace Industries (KAI) said Thursday that the MRO company named "Korea Aviation Engineering & Maintenance Service, Ltd. (KAEMS)", held a meeting of promoters in the southern city of Sacheon. KAI has been involved in the production of military planes.

KAI, which owns a 65 percent stake in KAEMS, said the MRO company would be formally launched in July. The initial target will be domestic budget carriers and the company plans to expand its MRO service to major airlines at home and abroad.

South Korea has tried to nurture its MRO industry for domestic carriers which do not have facilities for heavy maintenance and engine work. Korean Air is the only carrier to conduct its own heavy maintenance.