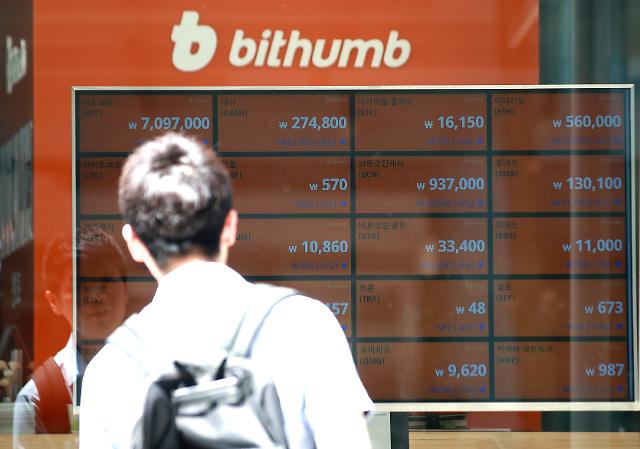 
SEOUL -- The South Korean government opened a probe to find out how hackers broke into Bithumb, the country's largest cryptocurrency exchange, to steal digital money.

The Korea Internet & Security Agency (KISA), a state internet watchdog, launched an investigation of Bithumb while police and other organizations opened separate probes.

Because this was the second time Bithumb's security was breached, the request of the Ministry of Science and ICT promised to check if the cryptocurrency exchange has followed security recommendations which followed a three-month inspection this year.

In August 2017, Bithumb was attacked by hackers who stole personal information of about 31,800 investors. The exchange's operator was slapped with a fine of 60 million won for negligence.

In December last year, Youbit, announced the shutdown of transactions, saying it would file for bankruptcy due to losses in coin withdrawal wallets following a series of hacking attacks.

On Wednesday, the global price of Bitcoin fell 1.4 percent to $6,658. When Coinrail, another South Korean digital currency exchange, was hacked earlier this month to lose about 30 percent of its cryptocurrency on June 10, the global value of Bitcoin dipped 20.6 percent to $6,300 in less than 48 hours.