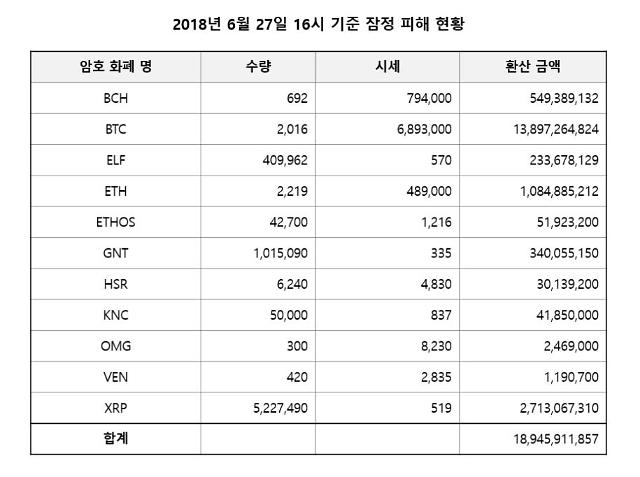 
SEOUL -- South Korea's largest cryptocurrency exchange Bithumb remained suspended but the company said losses from a hacking attack earlier this month were found to be smaller than previously estimated.

"Tentative calculations indicate our hacking damage is smaller than we thought, standing at about 19 billion won," Bithumb said in a statement uploaded onto its website on Thursday.  However, transactions will remain suspended for a while for the safety of investors, it said.

The exchange said it was able to reduce damage by transferring assets to the cold wallet, an offline digital wallet which is relatively safe from attacks. It promised to compensate all registered members with free commission fee coupons.

This was the second known attack on Bithumb. In August last year, hackers stole personal information related to about 31,800 users. The Korea Communications Commission, a state watchdog, imposed a fine of 60 million won on the operator of Bithumb for negligence.