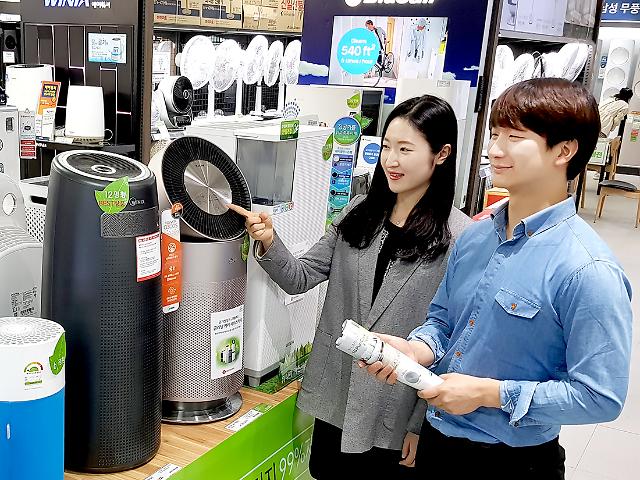 
SEOUL -- As the chance of witnessing clear blue skies in Seoul has become rare especially due to worsening particle pollution, South Koreans are desperately searching online to avoid the hazardous effect of the microscopic matter.

Although larger particles are filtered in the nose and throat thanks to mucus and cilia, particulate matter, a complex mixture of extremely small particles and liquid droplets that get into the air, can cause health problems in respiratory organs. Particles which are smaller than 2.5 micrometers can penetrate lungs to enter other organs.

Google Korea said Monday that the most popular keyword searched in South Korea during the first half of this year was "Particulate Matter" (미세먼지 in Korean).

Mothers with toddlers were very concerned about air pollution. "I already have two air purifiers at home but I am thinking of getting another because my four-year-old son keeps coughing," Lee Jeong-ok, a 37-year-old housewife, told Aju News.