Hyundai and Baidu step up partnership to develop new technologies 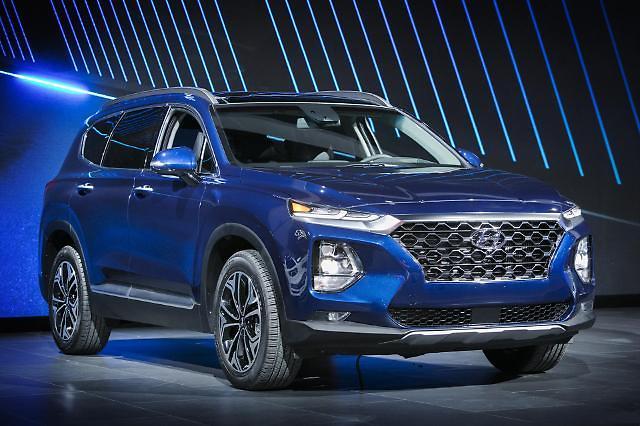 Hyundai said in a statement Tuesday that a memorandum of understanding (MOU) was signed between the two companies at Baidu's headquarters in Beijing to strengthen their partnership.

Choo Kyo-woong, who heads Hyundai's infotainment development division, said the partnership with Baidu would lead to the development of "innovative" connected cars beyond the expectation of Chinese consumers.

The two companies unveiled an AI robot "Xiaodu" last week at Baidu Create 2018,  an  AI developer conference in Beijing. Hyundai said Xiaodu would be improved to communicate with drivers and control the operation of vehicles.

Hyundai said Xiaodu will be able to express feelings, assist smooth communication between drivers and vehicles, control main devices such as navigation and an air conditioning system through voice command, provide personalized services and warn of drowsiness or careless driving.

To develop next-generation technologies, Hyundai has already forged a series of strategic partnerships with foreign technology firms. The company invested five million US dollars in a U.S. connected car R&D center in October last year to support the creation of collaborated testing grounds for next-generation cars.

In January, it teamed up with Aurora Innovation, a U.S. startup. They will select an optimal smart city, connected through the internet of things, for the testing of self-driving and other technologies. Aurora has been allowed to start testing driverless cars on public roads in California.

Last week, Hyundai made a strategic investment in Autotalks, a global leader in vehicle to vehicle communications in autonomous driving, to cooperate in developing chipsets for connected cars.