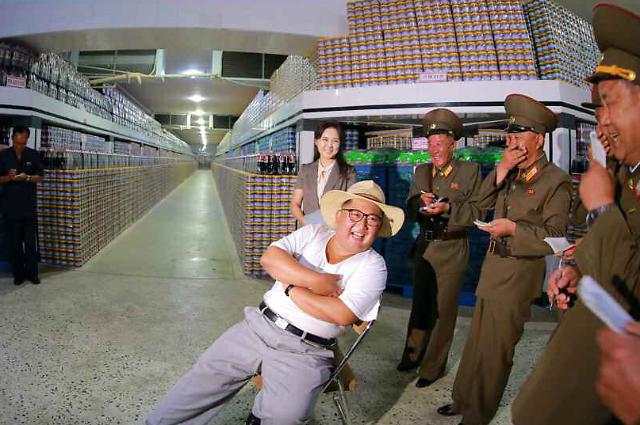 
WASHINGTON -- The United States sanctioned Chinese and Russian firms for their alleged role in helping illicit trade with North Korea in violation of international sanctions.

The Department of the Treasury announced the designations of a Chinese business, its Singapore-based affiliate, a Russian firm and its director general, whose dealings in the U.S. and with American citizens must be blocked.

The new sanctions demonstrate the U.S. commitment to keep pressure on North Korea until it abandons its nuclear weapons and ballistic missile programs in line with an agreement reached by U.S. President Donald Trump and North Korean leader Kim Jong-un in June.

"Treasury will continue to implement existing sanctions on North Korea, and will take action to block and designate companies, ports, and vessels that facilitate illicit shipments and provide revenue streams to the DPRK," Treasury Secretary Steven Mnuchin said in a statement, referring to North Korea by its official name, the Democratic People's Republic of Korea.

"Consequences for violating these sanctions will remain in place until we have achieved the final, fully verified denuclearization of North Korea," he said.

The Treasury said China-based Dalian Sun Moon Star International Logistics Trading and its Singapore-based affiliate, SINSMS, used falsified shipping documents to facilitate illicit shipments of alcohol, tobacco and cigarette-related products to North Korea. The illicit cigarette trade has reportedly generated more than US$1 billion in annual revenue for the Pyongyang regime, according to the department.

It also accused Russia-based Profinet, a port service agency, of providing port services to North Korea-flagged vessels on at least six occasions, including for two sanctioned vessels that have transported thousands of metric tons of refined oil products.

"Profinet continued to offer its bunkering services to DPRK-flagged vessels even after its employees knew of oil-related sanctions on North Korea," the Treasury said. The agency's Russian director general, Vasili Aleksandrovich Kolchanov, "was personally involved in North Korea-related deals and interacted directly with North Korean representatives in Russia," it added.
(Yonhap)