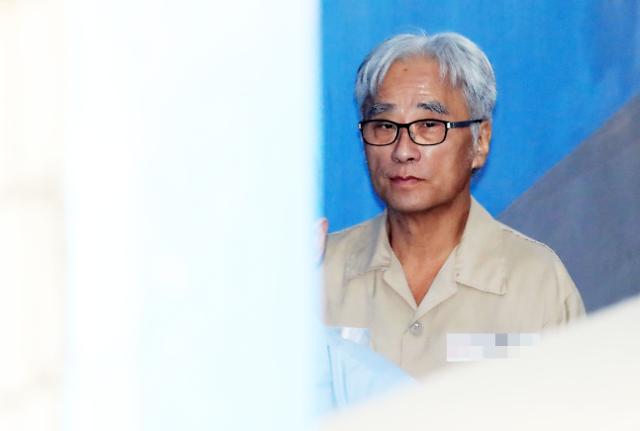 
SEOUL -- Prosecutors demanded a six-year prison term for Lee Youn-taek, a prominent stage director, for habitual sexual abuse, accusing him of reigning like a king in South Korea's theatrical world.

The 66-year-old has proved his talent through his production of movie scenarios, TV drama scripts, dance and musical stagings, and theatrical programs for international events. But he quit his theatrical company called Yeonhuidan in February after being engulfed in South Korea's #MeToo movement.

At Friday's hearing, Lee was accused of having sexually abused actresses dozens of times while reigning like a king in the theatrical world. Prosecutors said he showed no reflection, insisting his act was a massage method performed by athletes.

In his final statement, Lee apologized but said he was overambitious to create high-quality dramas. "I did not know their suffering because the victims did not reject my guidance and request." His lawyer called for leniency, saying there has been "tolerance" by actresses.

Lee has admitted that he was involved in "a very bad form of ritual" for 18 years. The verdict will come on September 19.

In South Korea, which has long been overshadowed by Confucian and conservative ideologies, high-profile figures and celebrities have been reluctant to reveal personal experiences. In January, the MeToo movement was sparked by a female prosecutor's revelation that led to an inspection of sexual harassment in one of the country's most closed and hierarchical public organizations.