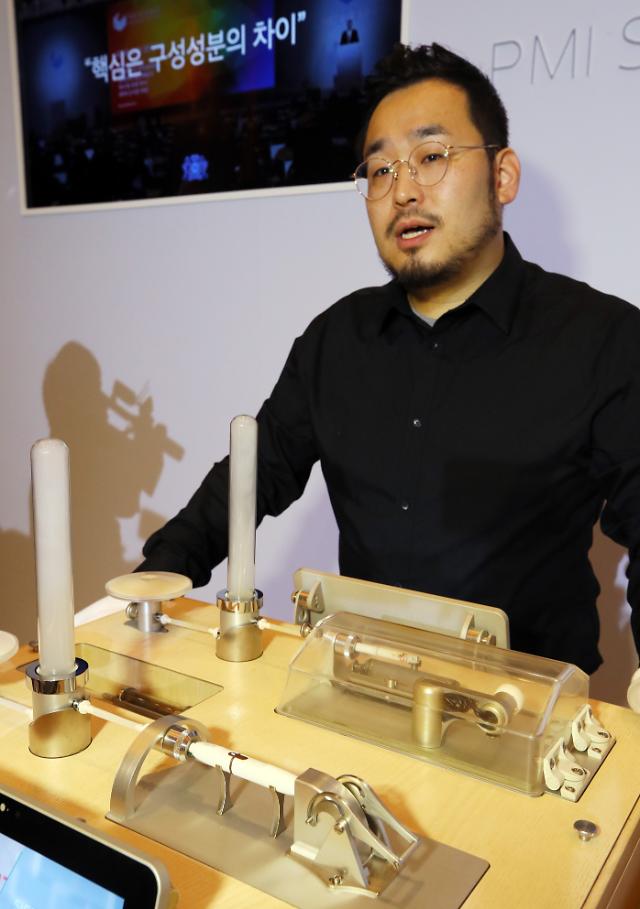 
SEOUL -- Amid an ongoing social debate over the harmfulness of heat-not-burn (HNB) products, the South Korean branch of tobacco giant Philip Morris International filed a lawsuit demanding the disclosure of full information used for a government probe.

Industrial data showed HNB products have become popular in South Korea, attracting more than 10 percent of smokers last year. Some experts insisted the heated tobacco product is just as harmful as conventional ones. A probe was launched earlier this year to analyze the substances of HNB products.

In June, the Ministry of Food and Drug Safety said that carcinogenic substances such as formaldehyde and benzene were found in HNB products. The level of harmful substances was found to be lower while the level of nicotine was similar.

"Due to the announcement of the drug ministry, smokers and other people are confused about the use of HNB products that are less harmful than ordinary cigarettes," Philip Morris Korea said in a statement on Monday. "This lawsuit is aimed at resolving confusion and misunderstanding by transparently opening the drug ministry's information in accordance with the law."

Such simple comparison has no scientific validity, Philip Morris Korea said, adding the ministry's probe had focused on the measurement of tar, which is inappropriate to analyze the health impact of HNB products.

Fumes generated when using HNB products contained less harmful substances than conventional cigarettes, the tobacco company said, citing data from health organizations in various countries such as the German Federal Institute for Risk Assessment and the National Institute of Public Health of Japan.

The suit was filed after the ministry rejected an earlier request from Philip Morris Korea to provide detailed information used to elicit the conclusion of its probe. The tobacco company said the results of the probe could mislead people about smoking traditional cigarettes despite their health risks.