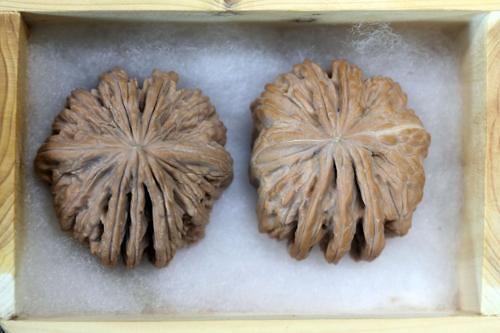 SEOUL -- A provincial nut museum displayed a pair of rare and expensive kernel-less walnuts with almost unbreakable shells that have been used for acupressure. The price has not been set.

The museum in Jangheung, a county in the southern coastal area, said Wednesday that the first rare walnut came out of a 300-year-old tree in 2015 and the second one this year.

The museum described the unique breed as a natural gift, saying it is not easy to break the shell of such a walnut even with a hammer because it contains no kernel. Traditionally, a pair of kernel-less walnuts has been used for acupressure.