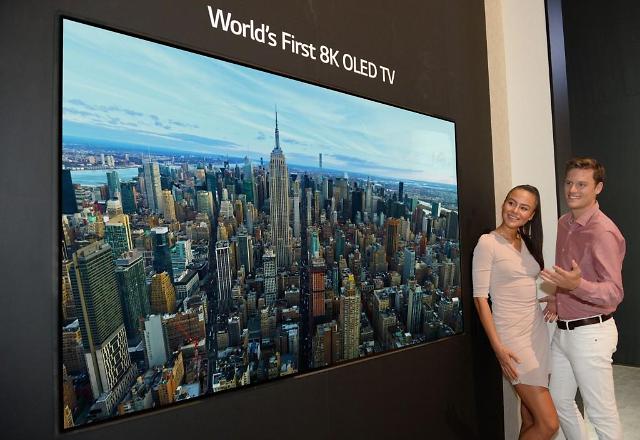 
SEOUL -- LG Display, a top flat panel maker in South Korea, will embark on the commercial production of 8K ultra high definition (UHD) displays, based on organic light-emitting diode (OLED) technology, in the first half of next year, despite the absence of related broadcasting resources.

8K, which refers to the horizontal resolution of 7,680 pixels, is speculated to become a mainstream consumer display resolution around 2023. At a fair in Germany in August, LG unveiled a premium 88-inch OLED TV with an 8K resolution display, while Samsung Electronics showcased its first 8K quantum dot LED (QLED) set using artificial intelligence.

It will take some time to resolve the lack of content, which can be overcome through upscaling technology for a while, Han said. "At present, there is not much 4K content and upscaling is being done," he said, adding  Samsung and other companies are in the same situation. For 8K QLED TVs, Samsung uses an AI image quality engine that converts high-definition images into 8K.