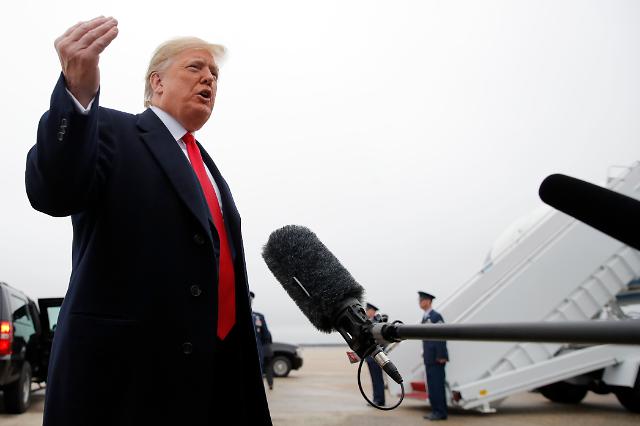 WASHINGTON -- The United States granted a waiver to South Korea and seven other nations after renewing its ban on imports of Iranian oil.

U.S. Secretary of State Mike Pompeo announced that the temporary exemptions were being given based on "specific circumstances" and to ensure a well-supplied oil market. The seven other nations are China, India, Italy, Greece, Japan, Taiwan and Turkey.

"Each of those countries has already demonstrated significant reductions of their purchases of Iranian crude over the past six months and indeed two of those eight have already completely ended imports of Iranian crude and will not resume (them) as long as the sanctions regime remains in place," Pompeo said in a joint press conference with U.S. Treasury Secretary Steven Mnuchin.

"We continue negotiations to get all the nations to zero," he added. South Korea's foreign ministry said earlier that it was notified of the conditional decision after agreeing to reduce its purchases by a "significant amount."

The decision was a result of months of negotiations between the allies, the ministry said. It did not reveal the exact scale of reduction, citing a bilateral agreement to keep it secret. The waiver is valid for six months and is extendable.

In May, Washington declared an exit from the 2015 nuclear deal with Tehran signed by President Donald Trump's predecessor, Barack Obama, and the resumption of tough sanctions in the energy and financial sectors. The oil embargo began at the start of Monday (Eastern Standard Time) with the expiration of a 180-day grace period.
(Yonhap)