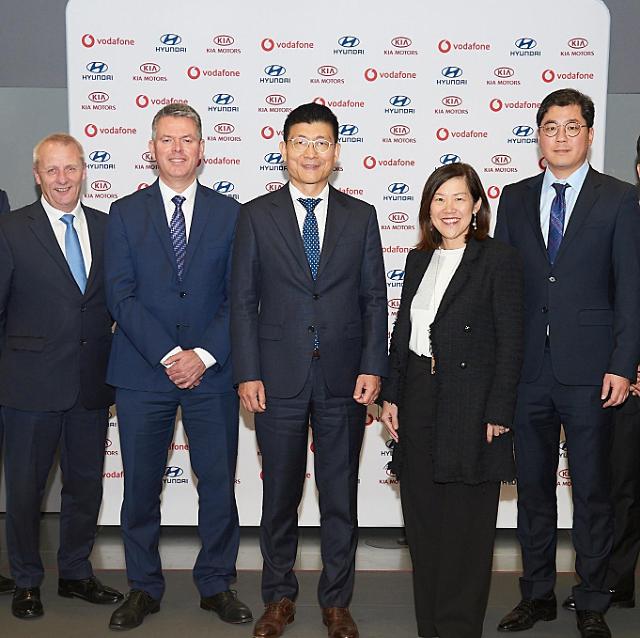 The auto group plans to launch the service first in eight European countries such as Britain, Germany, France and Spain before expanding it gradually across Europe. For its voice recognition service in eight languages, Hyundai will use the technology of Nuance, an American firm which provides speech recognition, artificial intelligence and imaging applications.

Hyundai and Vodafone agreed to develop and deliver connected car services outside Europe. Vodafone predominantly operates services in Asia, Africa, Europe and Oceania. "With this strategic collaboration, we will be able to provide advanced convenience services to many customers by utilizing Europe's largest communication network," Suh Jung-sik, senior vice president of the auto group's ICT division, said in a statement.

To develop next-generation technologies, Hyundai has forged a series of strategic partnerships with foreign technology firms. The company invested five million US dollars in a U.S. connected car R&D center in October last year to support the creation of collaborated testing grounds for next-generation cars.

In January, it teamed up with Aurora Innovation, a U.S. startup. They will select an optimal smart city, connected through the internet of things, for the testing of self-driving and other technologies. Aurora has been allowed to start testing driverless cars on public roads in California.

In July, Hyundai agreed with Chinese technology giant Baidu to jointly develop connected car technologies, an upgraded voice recognition system and an AI robot for connectivity. For the internet of things (IoT), they will develop home-to-car and car-to-home services.