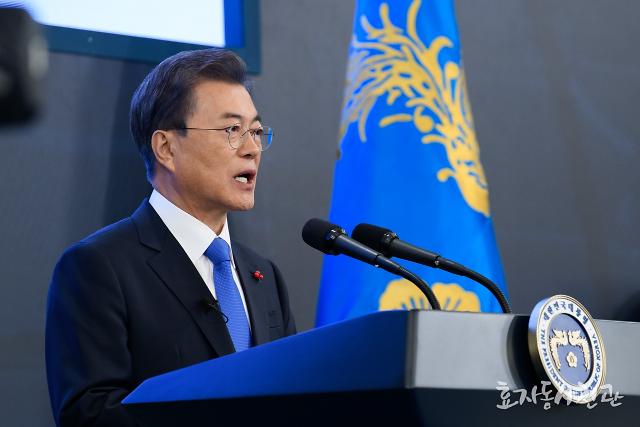 [Courtesy of the presidential Blue House]


SEOUL -- South Korea's presidential office cautioned against any rash disclosures that could cause misunderstanding or hamper dialouge between Washington and Pyongyang after an American think-tank group claimed to have located 13 undeclared missile facilities.

There is no agreement to disclose North Korean facilities mentioned in the report issued by Beyond Parallel, a group at the Center for Strategic and International Studies (CSIS), presidential spokesman Kim Eui-kyeom told reporters Tuesday.

At an inter-Korean summit in September, North Korean leader Kim Jong-un said he would permanently dismantle facilities for ballistic missile launches and engine testing in the Sohae space center in the presence of international inspectors. Sohae has played an important role in the development of intercontinental ballistic missiles (ICBMs).

The report highlighted a missile base in Sakkanmol in North Hwanghae Province. "Sakkanmol currently houses a unit equipped with SRBMs but could easily accommodate more capable medium-range ballistic missiles," it said.

"The CSIS report is based on commercial satellites, but South Korean and U.S. intelligence authorities using military satellites have a far better grasp and are watching more closely," Kim said, calling for a cautious approach to facilitate U.S.-North Korea denuclearization talks.

Sakkanmol is a short-range missile base, the spokesman said, adding there is no accord to report such facilities. "Rather, the presence of such missile bases indicates the necessity of early negotiations," he said, suggesting denuclearization talks should cover undisclosed facilities in the future.

Beyond Parallel said that North Korea's purported decommissioning of the Sohae facilities obscures the military threat to U.S. forces and South Korea from Sakkanmol and other undeclared ballistic missile bases.

"The dispersed deployment of these bases and distinctive tactics employed by ballistic missile units are combined with decades of extensive camouflage, concealment and deception practices to maximize the survival of its missile units from pre-emptive strikes and during wartime operations," the report said.