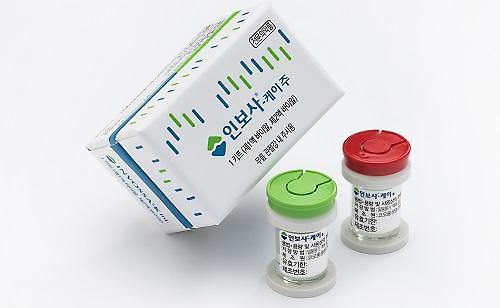 Kolon Life said Monday that Mundipharma has exclusive rights to research, develop, patent and commercialize Invossa in Japan. The contract is effective for 15 years after the launch of Invossa in Japan.

The contract's total value is $591.6 million, including an upfront payment of $26.6 million and $565 million in milestone payments that are paid when each milestone is achieved. Royalties are based on net sales after commercialization in Japan.

Kolon Life has described Invossa as a game changer in the global degenerative joint disease market, vowing to seek approval from the U.S. Food and Drug Administration in 2021. The company claimed a single injection would grant more than two years of pain-free movement in the knee without the immediate need for surgery.