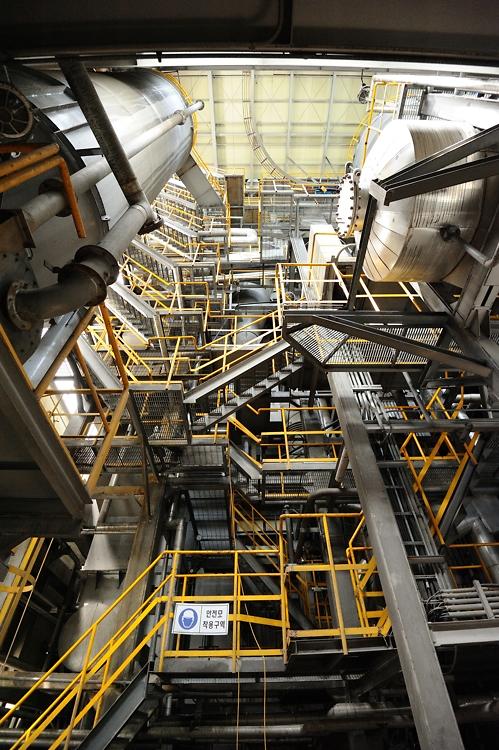 The Korea Institute of Energy Research (KIER) said in a statement Monday that its researchers applied pure oxygen combustion to the circulating fluidized bed (CFB) to collect high-density CO2. The institute said that progress in its technology development could bring a new paradigm to the coal power plant market.

A CFB boiler burns fuel over and over again until it is perfectly combusted with no remaining oxidant. However, complete combustion is almost impossible due to chemical reactions and emits unburned products such as carbon monoxide, carbon dioxide and soot.

The institute said its new technology uses pure oxygen instead of ordinary air. Currently, the most commonly used method for coal-fired power plants is pulverized combustion by spraying finely chopped coal that emits a lot of nitrogen oxide due to high temperatures. It requires separate desulfurization equipment.

KIER's new technology condenses moisture to get high-density CO2, which can be combusted repeatedly until there's nothing but a very small amount of unburned things. Yet, the process requires a lot of electricity and the institute is trying to fix such a problem.

The institute hopes to complete its technology development by 2021 and start producing 300MWe-class pure oxygen combustion CFB boilers through technical cooperation with other companies. "We can control the downside of pure oxygen combustion by activating a boiler right at the crucial point when water turns into vapor," a KIER researcher was quoted as saying.